Caught in a Thought 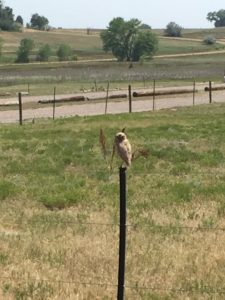 A coaching client recently shared the following (shared here with her permission):

A few weeks ago, I found myself obsessively thinking about a situation with a friend of mine – someone to whom I’ve given my power for many years. I was completely caught by this theme and I couldn’t get out from under it for weeks. I haven’t been stuck like that in a long time and it scared me. Constantly thinking. Completely consumed. Disconnected from myself. I had no trust in myself or in my ability not to let the thought take over. It was an unrelenting intrusive thought and I seemed powerless to stop it. It was like everything I’ve learned over the past several years disappeared. Like being swallowed by a thought-vortex.

This continued until one day when I was able to name it. As soon as I named it as an intrusive thought, I shifted from focusing on this friend to feeling vulnerable, and I could see that the vulnerability was trapped inside the unrelenting thoughts.

And then it shifted again. I was at the pool and my kids were playing in the water. It was one of those rare moments when my kids were handled; they didn’t need me watching them every second. I felt a moment of bliss, then the thought-wall hit, then I felt a familiar feeling, like being in a dark pit. A nonverbal place from earlier in my life. My first response to the uncomfortable feeling was, “Why am I being tortured?” But immediately, because of the inner work I’ve done, I was able to say, “This is my inner child. It’s okay to feel it.” And I asked myself where I was feeling it in my body.  This all happened in the span of about one second. After that, the obsession diminished.

I could share hundreds of similar stories, and several from my last week of working with clients alone. As I’ve written many times on this site, the ruminations often cycle through the following series of archetypal thoughts (that don’t always appear as questions):

It’s astonishing and fascinating how often the mind creates mental pain as a brilliant self-protection or defense mechanism that works to overshadow the emotional pain. Because we learn so early in life that we can’t handle emotional pain and we’re not taught any tools for managing the fundamental human experiences of groundlessness and uncertainty, our psyches need some way to process the raw energy, so it siphons it off into intrusive, unwanted, and unrelenting thoughts. This creates a mental torture chamber that our minds believe is more manageable than the emotional pain – until we recondition our minds with different beliefs about pain and learn tools for meeting it.

Here’s a brief primer on intrusive thoughts (which I’ve outlined in other posts and I teach in depth in my Break Free From Relationship Anxiety course):

1. Name the thought as an intrusive thought.

Once you’ve called the thought by its true name, you’ve taken the first step toward breaking its spell. As many of our ancient myths and fairy tales instruct, we must call the witch, monster or evil creature by its true name in order to break the spell.  If you don’t name the thought for what it is (intrusive/unwanted), you will believe that what it’s telling you is true. In other words, when you don’t name it you become fused with it completely and a victim to its methods. Once you name it, you take the first step toward de-fusing from the thought, which creates enough internal space to do the rest of the work.

So what this sounds like is, “I’m caught in an intrusive thought. It’s telling me a lie.”

The need to know why is a trap, another one of the mind’s tactics for luring you away from the vulnerable, messy, and uncertain realm of feelings. The mind will ask, “Why are you focusing on this particular thought?” or “Why are stuck on this thought-treadmill right now?” Your work is to resist the compulsion to try to answer the question as it will only keep you stuck in the realm of mind.

For example, groundlessness is a fundamental human experience. If you try to figure out why you’re feeling groundless, you travel up into your head. But when you simply allow for the experience to be there and move toward it using the guidelines outlined in point 4 below, oftentimes a sense-knowing about the “why” of the groundlessness arises. The difference between an intellectual idea and a sense-knowing is that one arises from the head and one comes from the body. Wisdom that bubbles up from the body is true wisdom, and you know it when you meet it.

3. Carve out time and space to feel.

Feelings are like shy, tentative creatures, and they won’t emerge from their underground caves in the middle of the run-on sentences of our overly busy, technologically-infused days. In my client’s story above, the feelings only emerged when she was sitting at the pool while her kids were engaged. It was a moment of spaciousness and repose, coupled with the steps she had taken that broke the spell of the intrusive thought, that allowed the feelings to emerge.

Either ask directly, “What is this thought protecting me from feeling?” or gently allow what’s living inside the thought to surface. Remember here that the raw feelings are so uncomfortable and we have so little training and practice for how to feel them that we will instinctually want to run from them. Allowing ourselves to feel the feelings is the simplest concept to understand yet the hardest one to enact.

This is where it gets tricky. What does it mean to feel your feelings? It’s a phrase we hear a lot these days, and while we can easily understand what it means in theory, most people have no idea what it means in practice. Here are some guidelines:

Become aware of your resistance to feelings and the beliefs that underlie the resistance. Common beliefs are: If I feel my feelings, I’ll never stop. Feeling your feelings mean you’re weak. Just get over it. It’s not that bad. Feeling your feelings is self-centered and self-indulgent. Once you touch down into the feeling: Breathe into it. Ask: Where do I feel this in my body? What color is the feeling? What shape, texture, temperature? Look for images. Stay open to memories. Be gentle and don’t search too hard. Allow. Breathe. Allow. Above all, have patience. It’s never easy or fast to rewire lifelong beliefs.

Feeling your feelings isn’t a static experience nor is there a formula that you can follow, which is part of what makes it challenging (our egos love steps and formulas). But the more you practice these micro-shifts in those micro-moments when insight meets habit, the more you will create new neural pathways that will lead you to less mental pain, more emotional openings, and more joy.