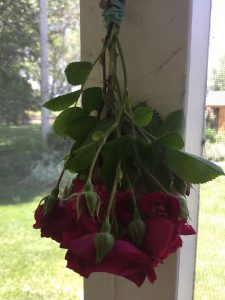 Shame is often a placeholder for powerlessness and a protector against grief. Instead of feeling the rawness of grief, the mind latches onto a shame story that says, “I’m broken.” Instead of surrendering to the powerlessness of painful situations that had nothing to do with you, like your parents’ divorce or any other trauma, the shame story says, “It was all my fault.” Instead of leaping off the cliff of thoughts and diving into the sea of vulnerability that defines being human, the shame story says, “I don’t deserve love.”

These shame stories often arise in childhood as brilliant defense and survival mechanisms, for if children were to see the truth of their family, social, societal, or education situations and feel the corresponding feelings of loneliness and heartbreak they would crumble. Shame gives us an illusory sense of control: If it’s my fault, I can change it. If I’m doing something wrong, I’ll do better. We grow into adulthood with these outdated survival mechanisms and often don’t realize that we need a system update and reboot until anxiety comes knocking on our door.

Recently, two of my friends were struggling with ill parents. They both talked about how they felt like “bad daughters” because they weren’t able to help more, and I shared with them that perhaps the shame story of “I’m a bad daughter” was serving both as a way to try to control the situation – “If I’m a better daughter I can make the pain of the situation go away for everyone” – and as a placeholder for grief and vulnerability. When we touch down into the softer feelings, the armored protections soften as well.

This also came up a few weeks ago with a coaching client. She was talking about the pain of not being having a close group of female friends and the longing she feels when she sees her partner with his close-knit group of buddies.  She touched on the pain but then she said, through shame tears, “I feel so broken.”

Shame tears are different from grief tears. Shame tears are connected to the story that you’re not enough or that there’s something wrong with you. Clients often share their shame tears when they’re talking about their relationship anxiety and the belief they’re carrying that says, “There’s something wrong with me for feeling this way. I should be over this by now. All of this must mean that there’s something wrong with me.” While a significant part of my work with clients involves creating a safe space where all big and painful feelings are welcome, I’m also quick to name shame-tears when they arrive and try to encourage my clients to touch down into the raw pain instead. We aren’t served by indulging in tears that arise from shame, and when we do so we only encourage those pathways to strengthen.

So when she said, “I feel so broken” I said, “You’re heartbroken, not broken.” And as soon as I said those words, the tone of the session dropped out of head-space and into heart-space. She cried from a place of lifelong loneliness and longing, and without the shame story in the way the grief tears could flow without restriction.

I said to another client a few weeks ago, “If we knew we were truly loved, most of the stories and anxiety would fall away.” At the core of relationship, friendship, and social anxiety is the belief that you’re not enough, the story that you’re unlovable or undeserving of love. These stories project in a convoluted, backward way onto others in the form of, “You’re not enough in some way (not attractive, social, intelligent),” but when you peel back the projection the beliefs and stories around loveability and shame are at the core.

At this point we remember to regard our shame stories with reverence, as they were the ones who kept us emotionally safe growing up. I would postulate that there’s an evolutionary component to shame as well and in some ways has kept us safe for most of our history as humans. In times past, it wasn’t safe to show the softer feelings of grief and powerlessness; staying armored was necessary for survival. But as part of our evolution of consciousness we’re being asked to soften the armor and show the softer feelings. Because we haven’t seen this role-modeled we don’t know how to do this, and we likely still carry the generic memory that equates vulnerability with death. As we turn the light of curiosity toward shame we do so with a great deal of gentleness, keeping in mind that, on this threshold of consciousness, we’re all learning together how to live with vulnerability instead of protection.

We also remember to regard the healing process with a great deal of patience. My clients and course members long to break out of their anxiety and heal at the root, which means attending to their multiple sources of pain, grief, fear, loneliness, and vulnerability, but healing doesn’t happen in one magic Hollywood moment (nothing actually happens the way Hollywood tells us it should). If we were to heal all at once our internal circuits would be blown. So we remember to honor the wisdom of our psyche and the timeline of healing, which has at its core an internal guidance system that our conscious minds can’t even begin to fathom. The bigger the trauma and betrayals of early life, the slower we must go with the healing process. And even for those of you who don’t identify with “betrayal and trauma of early life”, there is still pain that needs attention and healing to be done. When we tend to our inner stories with reverence for the process, we move toward healing with more patience and grace, which are the silent hands and secret walls of the birth canal that hold us as we birth ourselves anew.