“I Wish He Was Funnier” 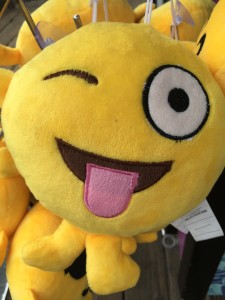 Oh, the list of thoughts that try to prevent us from taking the risk of loving wholeheartedly is quite long, but there are a few that always top the list, buzzing and darting in and around your ears like mosquitos in summer. I recently wrote about the “I wish he was taller” thought, and I’ve written extensively about the “I’m not attracted” thought. This week’s thought that topped the charts of my sessions was “I wish he was funnier.”

Here’s an excerpt from a client (published with permission):

“Over the past few weeks, I feel that I’ve been picking C apart in my head, specifically when we are with groups of close friends and family. I’ve recently been attaching this anxiety to his sense of humor, and how he may not be as funny as I wish he were. Sometimes he doesn’t laugh at my family’s jokes and vice versa and sometimes he tells corny jokes of his own. I think my family has always placed so much emphasis on having a good sense of humor, and I think that’s something I find important as well.”

This client is well-versed enough in my work to understand that the thought isn’t about the thought. In other words, she knows that embedded in the thought is her own addiction to approval and caring too much about what other people think. A diagnostic question that confirms this root cause – and one that I often ask clients when they believe that the thought is true and must be taken at face value (and therefore is just cause for walking away) – is, “If you and your partner were alone on a desert island, how much would you care about his sense of humor?” The answer is always some version of, “Not that much.”

For this spoke of the “I wish he was funnier wheel” (caring what others think and addicted to approval), the medicine is to learn to fill your inner well of Self so that you’re internally referenced instead of externally motivated. This is not a quick-fix and requires a deep commitment to turn inward and commit to practices – meditation, journaling, prayer, creative expression – that reconnect you to your center of wellness. When you’re filled up from the inside-out, you naturally care less about the approval and opinions of others. The work is less about trying to get rid of what’s “negative” and more about growing the good and compassionate actions that lead to self-love and self-trust. When we plant enough flowers, they shade out the weeds.

We then dissected the thought further and discovered several other spokes of her wheel: her own self-judgement and her desire for her partner to heal her sense of inadequacy among them. She was able to identify the place in her that is constantly judging herself, especially in social situations, and how afterwards she reviews the conversations and nit-picks each nuance and subtlety of what she said. As she stated above, she’s realizing that her parents place a high premium on humor, and in fact told her growing up that humor was the most important trait in a partner. This led her not only to expect that of her partner but also of herself. And when she found that lacking – at least in her own self-critical eyes – it led to self-judgement.

Every family has a code of values that is communicated either overtly or covertly. For some families, the highest premium is placed on intelligence, so for those sons and daughters their intrusive thought will often center on the “Is my partner smart enough?” spike. And I have worked with many clients who come from families who place social fluency at the center of their wheel. This causes not only a pressure to find a mate who is socially at ease, but also a pressure on oneself to attain these ideals. This is how the externalization of self-trust is born: from well-meaning parents who focus on how you perform and meeting external ideals instead of celebrating your intrinsic qualities.

We continued our excavation process and discovered that, following on the heels of the self-judgement spoke of her wheel, was a belief that if her partner was funnier then she would feel better about her own perceived inadequate sense of humor. This is another way that we project onto our partners: We expect our partner to pick up the slack where we feel lacking in the hopes that it will heal our own (misperceived) deficiency. This is a fantasy, of course, and the work, again, is to turn inward and meet ourselves in our own hurt places. For this client, as for many others, that means seeing herself as she is – which is more introverted than she realized – and the compensatory behaviors she developed early in life to cover-up the intrinsic way she’s wired that differs from the family value code.

By the way, as I shared with this client, humor isn’t actually the most important trait in a partner. And, contrary to what the culture teaches, neither is chemistry, attraction, intelligence, or any other external quality. In my book, and anyone steeped in the world of relationships will likely share this view, the most important trait in a partner is the willingness to dive two feet in and learn about love together.

How do we work with this thought? As I’ve shared in many other posts and extensively in my Break Free From Relationship Anxiety E-Course, the same basic work applies to all thoughts:

At this point, you may be asking: But I find other people funny, like my co-workers and friends funny, so clearly I’m able to experience humor. Doesn’t that mean I’m supposed to be with one of them, or someone like them? Short answer: There’s no risk there. You may feel open-hearted and free-spirited with co-workers and friends and fall prey to the alluring and convincing belief that that means that you’re with the wrong partner, but you would be barking up the wrong tree. It’s only in our most intimate relationships, and for most people that means their romantic partner, that our deepest fears are stirred up and activated.

But here’s the lifeline that most people don’t tell you about, and one of the through-lines that underscores so much of my work: When you’re in the stronghold of anxiety, and, thus, tightly wound, you’re not going to open. Fear constricts; that’s part of its definition. Anxiety is a killjoy. And when you’re not open, you could be with the most hilarious person in the world and you wouldn’t think he was funny. He could be standing on his head while juggling with his feet and you wouldn’t crack a smile (and would likely find it annoying). Like sex, in order to be in the flow of humor we have to be loose, light, and open inside. Humor is about letting go. Anxiety and letting go are mutually exclusive.

If we’re shut down, we’re simply not going to see clearly. So here it is again: Fear alters perception. Conversely, when you attend to your own unhealed places that are clamoring for attention and you begin to fill your well, connect to your own source of joy, and experience more consistent lightness, you will see your partner differently. He could tell the same joke or use the same voice that you found nails-on-a-chalkboard irritating just months earlier and suddenly you burst out laughing. He hasn’t changed at all. It’s you – and the lens through which you see the world – that changes everything.

The work begins with you, and then is rippled out into our relationships, our community, and our world. That’s why naming these thoughts as projections is the first, and often most difficult step, in healing, as it’s the one that orients you toward the person that needs the focus of your attention: you.