In Love with the Feeling of Being In Love 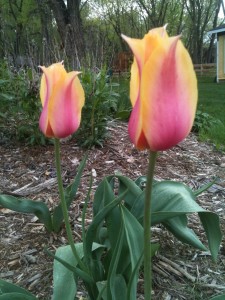 A term appeared on my e-course forum several years ago: infatuation junkie. Forum members were using it to describe the phenomena of chasing after the feeling that arises during the infatuation stage of a relationship, what our culture calls being “head over heels in love” and is accompanied by belly butterflies and other heart-stopping sensations. It’s an eye-opening moment on one’s journey from relationship anxiety to acceptance and serenity when the person afflicted with the addiction to the feeling of being in love can identify it as such. Naming, which is another term for coming out of denial, is often the first step toward recovery.

It’s understandable that we would chase this feeling. What’s not to love about the feelings of aliveness, meaning and completion that arise as a result of “falling in love”?  Ultimately isn’t that what we’re all seeking – to feel fully alive, to live a life of meaning, and to ease the emptiness inside and finally feel complete? Being infatuated is an ecstatic state, a godlike realm. And that’s exactly the point – or the cultural mis-point: when we assign the state of aliveness, meaning, and fulfillment to another human being instead of where it truly belongs, disaster can only ensue.

It’s not that there’s anything wrong with loving that ecstatic feeling; the problem arises in its complete misappropriation. In other words, instead of seeking that sense of completion or wholeness and even ecstasy through one’s connection to source – through creative, spiritual, and other meaningful-work-in-the-world pursuits – we are culturally conditioned, educated, brainwashed, and encouraged to seek it in a human other. What a set up! Even if that feeling is there in the beginning, it will inevitably fade. And then what? Jump ship and start anew with someone else, falling into the deliciously-painful pool of in-loveness only to discover that it will fade yet again? Yes, that’s the trajectory. When the feeling fades the culture wags its admonishing finger with the covert – or sometimes blatant – message, “You’re clearly not in love. If you have to ask, it’s time to walk away.”

It’s not time to walk away. If you’re in a solid, healthy, loving relationship, it’s time to learn about real love. You see, I’ve learned a little secret over the years of working deeply in the world of relationships: when we shift our orientation from what we can get from our partner (that feeling) to practicing specific actions of giving, and when we learn to attend to ourselves in consistently loving ways so that we become the source of our own fullness and aliveness, that coveted, lovely feeling reappears. It doesn’t show up in a blast of Hollywood, Wuthering Heights-esque drama. Rather, it dances in ever so lightly and delicately, like a field of wildflowers on the side of the trail.

Registration is now open for my sixth round of Open Your Heart: A 30-day program to feel more love and attraction for your partner. Click on the link to learn more, and, if the time is right, I’ll look forward to seeing you there.

* If you want to learn more about how our culture became a nation of infatuation junkies hooked on the drug of Romantic Love, please read We by Robert Johnson.