Intrusive Thought: “What if I Harm a Child?” (POCD) 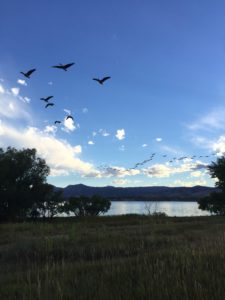 When the same thought, image, dream, or motif shows up across cultures and crosses all of our lines of classification (age, gender, geography, race, religion), we call it an archetype. For example, the dreams where you show up at school without your pants on or have forgotten to study for a test are archetypal dreams. The character of the wicked witch or the evil stepmother are archetypal symbols. And the thought, “What if I’m a pedophile?” is one of many archetypal thoughts – alongside “What if I don’t love my partner?” and “What if I have a terminal illness?” – that clients and course members have shared with me over the past two decades. It’s also one of the most highly misunderstood intrusive thoughts and the one that often causes the most anguish. As the Louisville OCD clinic writes:

Although all the many ways that obsessive-compulsive fears manifest themselves can cause debilitating anguish, perhaps there is none that causes more distress than OCD with pedophile obsessions, sometimes called POCD. This form of OCD involves the fear of harming or molesting a child.

There are higher levels of suicidal thoughts and depression in people with POCD. A person with contamination fears generally has those fears because they do not want to die. Whereas someone with POCD might be so worried they will harm an innocent child that they would rather take their own life.

I’ve always been fascinated by the archetype of intrusive thoughts. How can it be that thousands of people in all parts of the world, men and women, gay and straight, young and old, are dragged into the underworld of psyche by the same five or six thoughts? Is it a random coincidence? Not possible. We’re all linked in invisible ways and it’s this collective unconscious that Carl Jung wrote about that allows us to tap into the timeless reservoir of images that swim in the shared waters of the human experience. Tapping into this shared experience is the first step to calming the violent waters of the mind that invariably appear when an intrusive thought pierces consciousness. How we can not feel alarmed by thoughts like, “What if I have a terminal illness?” or “What if I don’t love my partner?” Yet knowing how normal and universal these thoughts are can turn the volume of the alarm bells down a few notches. Instead of viewing them as an indication that there’s something terribly wrong with you, you can begin to see them as part of the human experience.

The next step is to understand that, like dream images, intrusive thoughts are metaphors. We’re so conditioned to take everything in life at face value that it can take some time to metabolize this deeper truth. As Jungian analyst Marion Woodman says, “We’re living in a civilization that doesn’t understand metaphor.” When we understand that archetypal thoughts are metaphors and our task is to dissect the thoughts and mine for their truths, we’re able to create some space between us and the thought. Taking the thought literally is the kiss of death when it comes to doing inner work, what dreamworker Jeremy Taylor calls “mistaken literalism”.

With these two calming premises at the helm, we can now approach the specific thought: What if I’m a pedophile?

A terrifying intrusive thought needs a splash of truth water to soothe the cognitive distortions, so I can tell you right off the bat that if you’re one of the highly moral and highly sensitive people who find their way to my site, you’re not a pedophile. You might obsess about it, worry about it, ruminate about it, and torture yourself about it; you might test yourself (in your mind; not in reality) and feel convinced that you’ve “failed” the tests. But the essential piece of cognitive truth to know here is that there is a Grand Canyon between thoughts and actions. The difference between someone who is afraid that they’re a pedophile and a true pedophile is the difference between having a thought and acting on that thought. The kind, gentle, thoughtful, introspective, moral, conscientious people who find their way to my work are not pedophiles and never will be. They’re simply not capable of committing such a harmful and grievous action. As the Louisville OCD clinic writes on the subject of POCD:

It is important to note that those with POCD do not want to harm children. Ironically, the person you could probably trust most with a child is someone with this obsession, as causing some sort of harm is the very last thing they would ever want to do.

Once we calm ourselves by tapping into the universality of these thoughts and splash on the truth water to cool some of the angry fires that try to convince you that you’re someone that you’re not, we then ask the crucial question for intrusive thoughts, “What is this thought protecting me from feeling or what need is it pointing to?” In other words, we begin the process of deconstructing the thought.

Every intrusive thought contains a core metaphor, and one for this thought is: How am I hurting myself?  How did I arrive at this core metaphor? I start with: “What if I’m pedophile?” which really means, “What if I hurt a child?” If we turn this projectionaround and understand that it’s pointing to something inside that needs our attention, we can easily see that embedded inside that thought is, “What if I hurt my inner child?” Working with intrusive thoughts in this way is like peeling the layers of an artichoke: we go deeper and deeper until we arrive at the heart.

When we shift from, “What if I’m a pedophile?” to “What if I hurt my inner child?” we have something to work with. Now, instead of being caught in the impossibly sticky web of an intrusive thought of which there is no answer and no escape, we can begin to explore how you may be currently hurting yourself. I recommend making a wheel (a tool that I teach in my Break Free From Relationship Anxiety course in the section on intrusive thoughts) with the intrusive thought that you’re working with in the center and the spokes embedded in the thought extending out like rays of the sun.

I’m going to share a composite wheel below based on several clients who have struggled with the pedophile spike. Keep in mind that this is just one example of what it looks like to make a wheel and deconstruct a thought. Some of the spokes may resonate for you and others won’t. The important piece is to become intensely curious about what metaphors, needs, and unhealed pain your intrusive thoughts are pointing to. When curiosity replaces anxiety, the waterwheel of healing is set into motion.

Remember that your ego is going to try to pick apart the above list and say things like, “Well, if I don’t have a mother-wound it must mean that this doesn’t apply to me and therefore the thought is true.” The ego operates in black-and-white thinking and doesn’t understand that just because every word doesn’t apply to you that doesn’t mean that you should throw out the entire message. In fact, working with the ego defenses is part of the healing process, for when you learn to say “yes” to this and “no” to that without invalidating the whole teaching you’re operating from your loving inner parent, which is exactly the part that needs strengthening when intrusive thoughts are at the helm.

Ultimately this thought, like all intrusive thoughts, is a brilliant escape-hatch defense mechanism designed to protect you from the messiness of your emotional world. Intrusive thoughts are so compelling and all-consuming that they monopolize your attention and magnetize your energy. In other words, if you remain compelled by the thought, you’ve successfully consolidated all of your other unanswerable questions and pain-strands into this one focal point. This is why when you’re consumed by intrusive thoughts, while tortured mentally, you often disconnect from your emotional life and have the experience of emotional flatness. Dr. Gail Saltz explains it well in The Power of Different: The Link Between Disorder and Genius:

“While anxiety may be described by a layperson as an excess of emotion, in truth the experience of anxiety can act as a block on every emotion other than anxiety. Journalist David Adam, who explored his experiences with obsessive-compulsive disorder in his memoir, The Man Who Couldn’t Stop, says, ‘I always said that OCD kind of took away emotions, in a way. Anything that happened to me that would normally cause an emotion, like, to make me sad or anxious or angry – didn’t seem to hit me as it did other people, because I was already preoccupied. Equally, maybe I didn’t take as much pleasure from some stuff as other people would… I think there is a degree to which when you are that concerned about something which is so important to you, everything else seems trivial.'” (p. 94)

Feeling flat and wondering if that’s normal, the anxious mind may then latch on to its next intrusive thought, “What if I’m a sociopath?” or “What if I have cancer?” And you can see how the mind leap-frogs from one story to the next, each one single-mindedly compelling until it loses air, begins to the deflate, and the next one sidles in to assume its place at the helm of your psyche. It’s a mentally excruciating process, yet one that can be broken down when we address the root source of the mind’s attempt to manage and have control over our messy, uncertain, painful, joyful lives. One thought at a time, one story at a time, we begin to excavate our psyche and mine for the gems that live inside our pain.

Mark Nepo speaks to this inward process of exploration using metaphor as the guiding principle with his classic vulnerability and honesty in The Book of Awakening:

“In my thirties, I was unwilling to look deep within at the source of my low self-esteem, but found myself digging in the garden with an unexpected urgency, eager to uncover some root I couldn’t name. I have also found myself over the years picking at myself, at cuticles and blemishes, picking at little wounds until they bleed, and I have slowly realized that this is my soul’s need to look beneath the surface diverted by my refusal to do so.

“My own struggle to open my heart has been a long one. I have been married twice, have survived cancer and a cold mother, have tried to hold onto friends like food for twenty-five years, and all that has fallen away. I use solitude now like a lamp to illumine corners I’ve never seen. And though I am scared at times that, after all this way, I will come up empty, I still believe that going inside and bringing whatever I find out makes all the difference.” p. 326

May we take his lead and meet ourselves at the level of soul, where the language of metaphor lines the walls of the labyrinth of Self, instead of at the level of thought, which only leads to the spin cycle of anxiety, trapped in our minds, desperate to find a way out.