It’s Not What You Think 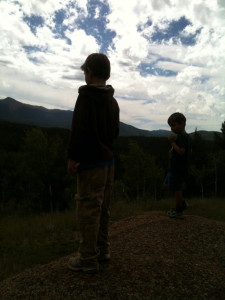 One the many problems of living in an image-based, superficial culture is that we learn to take life at face value. You have a dream about having sex with someone other than your partner and you latch onto the most obvious interpretation that you secretly want to have sex with someone else. You find yourself obsessively thinking about your ex and you assume it means you still want to be with him or her. You bolt awake in the middle of the night with unexpected doubt about whether you love your partner enough and you assume that you don’t love your partner enough. Your child screams at you and you assume that he’s trying to control you or needs a lesson in manners and respect. These seem like reasonable enough interpretations, and they’re certainly supported by the mainstream culture.

By contrast, part of the reason that people respond to my work with a breath of relief is that I take very little at face value. True to the Jungian perspective by which I’ve been trained, I understand sex dreams as symbols that you’re longing to unite with an underdeveloped part of you that the dream figure represents. I understand intrusive thoughts about an ex as an indicator that you’re needing closure with that person or a part of your represented by that person. I understand doubt as a sign that you’re a highly intelligent, sensitive person who needs more information about real love and takes the commitment of marriage very seriously. And I understand the relentless screams of a five old year as a symptom that a primary need isn’t being met, and that he’s communicating this unmet need in the only way he knows how. These are just one possible interpretation of dreams, intrusive thoughts, doubt, difficult behavior in kids. My point is that I rarely interpret life by what we see on the surface, and, in fact, neuroscience has now proved what depth psychologists and mystics have intuited for centuries: “The conscious mind runs the show, at best, only about five percent of the time.” (Dr. Bruce Lipton)

This perspective informs every aspect of my life, from the personal to the professional. A couple of months ago we were struggling with incessant, loud (and I mean ear-shatteringly loud) screaming from our five-year old. True to my belief that behavior is symptomatic of underlying needs, my husband and I began many brainstorming sessions trying to unlock the root of the screaming: Was he getting enough protein? Enough food? Sleeping enough? Lack of stimulation? Not enough social time with friends? Not enough exercise? A normal developmental stage of being five? Yet every time we thought we had nailed it and implemented our new plan, the screaming continued. Sometimes I would look at my little one and wonder where the easy-going, smiley toddler that used to light up our house with joy ran off to. And would I ever see him again?

Then our older son attended art camp for a week. Because we homeschool, our kids usually spend every day all day long together. It’s a lot of time for anyone to spend together and we thought that, perhaps, some of Asher’s screaming was because he needed some separateness. This week confirmed it. For three hours every afternoon Asher was either with his daddy or me – running errands, going to Petco to visit the mice and snakes, heading off to the library to return books and checkout new ones. It didn’t really matter what we were doing; it was spending quality time together – holding hands, laughing, and following his rhythm instead of having to negotiate and compromise with his big brother – that mattered. While Everest had had nearly five years of his parents all to himself, Asher has had zero. So this was necessary time. And it was delicious for all of us. His need for focused attention from his parents was filled. Within a day the screaming had tapered off. By day two it had stopped completely.

It was extraordinary to watch how his joy and flexibility came back in spades. He’s a passionate child, so when he’s not happy we’ll hear about in no uncertain terms (as will the neighbors down the block), and when he’s happy his joy fills the house. He has a glorious, full-bodied laugh, and he ferrets out funny stories because he loves laughing so much. We hadn’t been hearing his laughter much during the screaming weeks, so to hear it again was like a balm to our hearts.

But the most amazing development to arise out of this experience happened on our way home from running errands when all of a sudden Asher announced, “I’m not scared of Disneyland anymore.”

My husband and I looked at each other and I turned around to ask, “What do you mean?”

“I’m not scared of getting lost anymore.”

Ever since we returned from our trip to Disneyland last March, Asher has been struggling with profound separation anxiety.

It occurred to us that perhaps it wasn’t Disneyland at all but the fact that we had spent seven days solely focused on the kids without the distractions of work and home. While I was busy filming the videos for MindBodyGreen, my husband was taking the kids for long walks down to the beach where they would play and laugh for hours in the waves, then onto the Queen Mary and the science museum the next day, and a day with friends the next. They were filled up and nourished on every level. They were happy and thriving.

And then the return to real life, and all of sudden Asher wouldn’t let us out of his sight and was screaming like a chimpanzee throughout the day.

Kids don’t know how to communicate directly about their inner needs. It’s up to us, as adults, to care enough to see beyond the symptoms – as challenging as the symptoms can be at times – and dig deeper until we unveil the root of the problem. With kids there’s always a root source. It may not be obvious and you may not even get to it, but unless you’re at least attempting to understand what’s needed you’re missing the child’s communication completely. And what ends up happening is that, by focusing on the symptom like screaming, you send the child the message that their behavior is “wrong”, which is a short internal leap to, “I’m wrong.” On our worst days, my husband and I would focus on the screaming itself and talk to Asher about impulse control and the prefrontal cortex and breathing and oh my goodness… Did we really say all of that? Inevitably on those days or shortly after Asher would say things like, “I feel like everything I do is wrong.” Stab in our hearts, and then the repair work of acknowledging that we all have a hard time with big feelings and that they often come out as anger. When we only focus on behavior instead of searching for the symptom we miss the point entirely.

All of this to say that the world we see on the surface is one tiny sliver of reality. The gift that Freud and Jung brought to modern psychology is the awareness of the unconscious and subconscious, which is everything that exists below conscious awareness. Feelings are not always what we think they are. Longings point to worlds upon worlds of inner needs. When we learn to interpret symptoms as metaphors that stand for deeper needs and longings, the kaleidoscopic, multi-dimensional, timeless world of the unconscious opens up to us. We become adept at digging deep and, ultimately, at taking full responsibility for our inner realms. Life becomes less simplistic, but a lot more interesting and, perhaps paradoxically, less scary. For when we’re tapped into the underground river of the unconscious instead of living on the surface, we’re living life from the place of essence instead of image. We’re connected to what’s true and sustainable instead of what’s fleeting and ephemeral. We anchor into the collective unconscious of generations past and the invisible web that connects humanity. It’s a shift in mindset that’s well-worth considering.