Plato’s Cave: Compassion for the Resistance 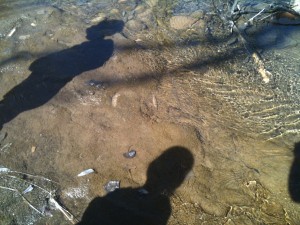 While my work started fourteen years ago focusing on the wedding transition and evolved eight years ago into the motherhood transition, in recent years I’ve realized that the healing of anxiety that informs the crux of my work is intimately connected to the biggest transition of all: crossing the threshold from living one’s life with fear in the driver’s seat to transforming into an empowered life where the Loving Adult is in charge. This is no small change, and it’s not one that occurs within the span of a week, a month, or even a year. No, it’s the work of a lifetime. And while we may experience a free ride during certain stages of the transition between living life from wounded self to being able to respond to the wounded self and live from our essence – times when grace whispers us along like floating downstream on gentle currents – at other times we experience profound resistance to shifting out of the negative voices or false beliefs that dominate our lives.

A few months ago, a member of the Conscious Weddings E-Course sent me an email containing a re-telling of the allegory of Plato’s Cave. She suggested that the parable could be understood as a representation of our challenge to break through the illusions about love and marriage that our culture propagates. She was absolutely right, and I took it a few steps further to include the transition of healing and the resistance that arises when the ego senses that its days are numbered as driver of your life. What strikes me most is that this was written over 2000 years ago, which means that resistance is deeply embedded into our codes of psyches. In other words, it’s natural to hold on to our habitual and comfortable ways of seeing, believing, and behaving. It’s natural to grip for dear life to that which we know and understand. It’s natural for the ego to hold tight to its familiar ways. No one wants to die, even – or especially – the wounded and fear-based parts of ourselves.

When we view our transitions and resistances through this lens, we can bring compassion to this challenging process. Instead of berating ourselves with statements like, “I should make a different choice. I know what I have to do and now I have to do it. What’s wrong with me for being stuck?” we can say, “It’s scary to change. People have struggled with this transition for thousands of years. I’m sure that when I’m ready, I’ll climb out of the cave and commit to a different path for my life. But for now I’m going to practice bringing compassion to myself instead of judgement.”

Note: The first line of italics are from my e-course member and the subsequent lines are mine.

Plato sets a scene in which there is a group of people deep within a dark cave. The people are bound by their hands, legs, and necks and have been in the cave since childhood, they have seen nothing else their entire lives but what is in the cave. They are unable to stand or move their heads. There is a firelight burning slightly further away from the prisoners and slightly beyond that, there is a path with people carrying all sorts of artifacts- statues of humans, of animals, etc. The prisoners see nothing but the shadows of the artifacts that the people are carrying on the path, and they assume that the shadows are real. Any voices they hear from the people talking they attribute to the shadows. These prisoners know nothing else – the shadows are reality.

This is our childhood notion of romance, love, marriage, and what creates sustaining peace. We assume that the images we’re presented are reality, that if we only achieve the “right” things and find the “right” relationship, we’ll find happiness. We think that the shadow is the truth when in fact it’s a far cry from reality.

Socrates asks what would happen to the people if they were allowed freedom. “Do you not think they would stand? Do you not think he would look towards the firelight?” The problem, of course, is that the people have never actually looked at firelight. Their entire lives they have only looked at the shadows. The firelight would hurt their eyes and they would not understand that the shadows are not reality. “It hurts them to do this (looking at the firelight).” Socrates says, “Suppose someone tells the freed man that what he’s been seeing all this time has no substance, and that he is now closer to reality and is seeing more accurately, because of the greater reality of things in front of his eyes – what do you think his reaction would be?”

This is our first moment of enlightenment, when we are told that our fantasies of romantic love, marriage, and life are not reality, but that reality is so much richer and deeper than what we have been led to believe. Because we’ve never seen the truth – the firelight – it’s difficult to look at. The light of the truth may be painful to see when you’ve only looked at shadows your entire life.

Our first instinct is to run back to what we have known our entire lives: the lies about love and romance (love is an omnipresent feeling), that others are responsible for our happiness, that it’s not safe to live from our essence or true nature.

(Here is my favorite part for anxiety, so I’m going to quote directly):

“And imagine him being dragged (compelled) forcibly away from the cave up a rough, steep slope, without being released until he’s been pulled out into the sunlight. Wouldn’t this treatment cause him pain and distress? And once he’s reached the sunlight, he wouldn’t be able to see a single one of the things which are currently taken to be real, would he, because his eyes would be overwhelmed by the sun’s beams?

For anxiety, it feels like we are being dragged out of the cave, kicking and screaming, and it is extremely painful to be subjected to reality. It causes us pain and distress. It will take time for the freed person to adjust to the new knowledge he is receiving. He would only be able to move forward in small steps, as the new sights and knowledge are overwhelming.

Over time, however, the freed person realizes that life is good outside of the cave and will feel sorry for the prisoners still in the cave and want to help them.

In the story, the point is that the enlightened educated individuals will be dragged out of the cave, kicking and screaming, but once they are enlightened, they feel pity for those in the cave and eventually go back to teach them, despite their resistance. There is a good drawing of the cave on this website: http://faculty.washington.edu/smcohen/320/cave.htm

We are often dragged out of the ego-cave kicking and screaming. It hurts to change. It’s scary to risk stepping out of the life we’ve always known and learn to ways of seeing, believing, and behaving. I’ve worked with clients who have spent years resisting growth, who have all of the tools at their fingertips but resist taking the committed and daily actions that would transform their suffering into peace. It’s not an easy leap; in fact, for many it’s the most challenging transition of all and can feel like nothing short of a death experience (because it is). But if you’re going to see life as it is instead of watching the shadows of life parade across the cave of your safe and comfortable world, leap you must. It’s the only way to freedom.