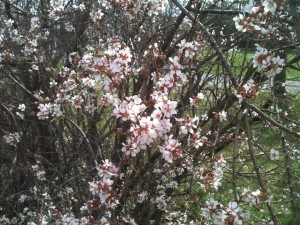 If you want to illuminate a person’s true colors, especially their relationship to control, put them in a room with kids. Someone can talk a good talk, but when they’re asked to communicate with kids, their true colors emerge and they either turn tight and rigid or they flow with the energy like someone practicing Aikido. Most people I meet fall into the former category, but when I meet someone in the latter I study them with awe and appreciation.

The person who shines most prominently in my mind is my friend, Lisa, who is more like a long-lost sister blessedly found along the shared path of raising kids. When I first met Lisa and I watched her interact with my son, Everest, I was struck by her ability to meet and follow his energy while simultaneously setting appropriate boundaries. I remember saying to her, “You have this amazing ability to say no (set a boundary) in a way that feels like a yes,” like when Everest would insist on telling her something while she was in the middle of a conversation with me and she would say, “Yes, Everest, I would love to hear what you have to say just as soon as I’m finished talking to your mom!” And perhaps it’s not even the words as much as the energy, for she would look him directly in the eyes with a big smile on her face and touch his arm with great love and tenderness. Children respond to this energy, and Everest would inevitably and politely wait his turn.

But she’s a rarity (and gift) in a sea of adults with whom I’ve come into contact since becoming a parent. Most adults I meet talk a good talk but when a child (usually mine) refuses to stay within the lines, the underlying habit of control is unleashed. Since most people were raised by adults who controlled many aspects of their life (as they themselves were raised by controlling adults) and then sent to school where the dominant ideology is one of control, it makes sense that most people treat kids with an attitude of disdain or control. And, by extension, they treat themselves the same way, attempting to control their own feelings, thoughts, and actions so they can squeeze themselves into the image of what they think they “should” be feeling, thinking, and doing.

We’re born naturally meeting life with healthy emotional responses: a baby cries when he’s hungry, tired or separated from his primary caregiver, she smiles or laughs when she’s happy, he expresses frustration when his skill level doesn’t meet his desire, they feel jealous when a sibling arrives on the scene, left out when someone gets to do something that they don’t get to do, they worry if someone doesn’t show up on time, they feel anger, rage, confusion, loneliness. These are all normal and healthy response to life. But somewhere along the way children learn to suppress these natural and healthy responses where they sink underground and emerge later as depression, anxiety, intrusive/obsessive thoughts and/or physical ailments. As adults there are endless ways to control or cover up the uncomfortable feelings of life, and this is why we self-medicate by overspending, overeating, over-drinking, over-sexing, over-thinking, and distracting ourselves with the media.These are all the ways that we deny our natural states and say no instead of yes to life.

When I say yes to life I don’t mean adopting a pollyanna approach where you believe that upholding a positive attitude will allow you to “create your reality”, thereby bypassing the uncomfortable and messy parts of life. In fact, the idea that you can “create your reality” reeks of control and doesn’t allow for the mysterious forces of spirit and soul that are constantly affecting and shaping our lives. A more realistic and simultaneously liberating viewpoint is that, while you can’t control life’s events, you can control how you respond to them, and when you say yes to life you’re saying yes to whatever comes your way.

I used to think that the point of spiritual growth was to eradicate fear, impatience, irritation, jealousy, envy and every other dark and “yucky” feeling. But as I read more from spiritually evolved people, I realized that it’s not the feelings themselves that should or can be evicted; it’s our reaction to the feeling and how much we’re able to contain it, breathe into it, say yes to it, and transform it into its counterpart. It’s as if embedded into each difficult feeling is the potential for growing into the opposite feeling: When we move towards fear, we expand our potential for courage, when we say yes to impatience, we grow our patience, breathing into irritation widens our tolerance, and so on. The difficult feelings are our greatest teachers, the alchemists chunks of coal that, when approached with consciousness, are transformed into gold.

When we first begin our exploration, we have all kinds of ideals and expectations. We are looking for answers to satisfy a hunger we have felt for a very long time. But the last thing we want is a further introduction to the boogeyman. Of course, people do try to warn us. I remember when I first received meditation instruction, the woman told me the technique and guidelines on how to practice and then said, “But please don’t go away from here thinking that meditation is a vacation from irritation.”

No one ever tells us to stop running away from fear. We are very rarely told to move closer, to just be there, to become familiar with fear. I once asked the Zen master Kobun Chino Roshi how he related with fear and he said, “I agree. I agree.” But the advice we usually get is to sweeten it up, smooth it over, take a pill, distract ourselves, but by all means, make it go away.

So the next time you encounter fear, consider yourself lucky. This is where the courage comes in. Usually we think that brave people have no fear. The truth is that they are intimate with fear.”

What would happen if the next time you feel something unwanted, you made a conscious choice to move toward it without judgement? You notice a desire to eat when you’re not hungry and instead of acting on the habitual impulse to reach for food, you ask yourself, “What am I feeling right now? Let me stop and check in to see if I can breathe into this feeling instead of running from it.” That moment is a miracle. That moment that you do something different and turn inside with curiosity instead of reach outside for temporary comfort is the moment you say yes to life and start a transformative process of reversing a lifetime of habit that no longer serves you. It’s the moment you become an alchemist by holding the coal-like feeling close, turning it around inside of you, breathing into it and all around it, touching it, getting to know it until… until… something releases inside and the feeling you’ve been running from your entire life turns to gold.