Separation Anxiety and the Fear of Death 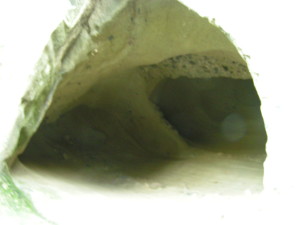 Many of those who fall on the anxious-sensitive-creative spectrum and find their way to my work describe a common experience: struggling with separation anxiety as a child. When a client shares with me that she dreaded going to school, hated the beginning of each new school year, couldn’t bear going to sleepaway camp or even a friend’s house for the night, and struggled with the transition into college, I look at her with a smile and say, “You’re in the right place.” Alongside struggling with perfectionism, having difficulty making decisions, and being more exquisitely attuned to the emotional tenor of life, separation anxiety is part of the profile of most people who struggle with the myriad manifestations of anxiety.

Far from being something to feel ashamed of, I see separation anxiety as evidence that my clients as children had a healthy attachment style and were aware of the deeper, existential nature of our life on this planet. Usually the separation anxiety includes a loving relationship with their parents and the fear that, if separated, they or their parents will die. This isn’t always the case (sometimes they describe an unhealthy relationship with primary caregivers), but for the most part my clients echo each other to a tee: I was always scared of death. I still think about death every single day. I was terrified of my parents dying when I was kid. I’m still scared of them dying (especially my mom). I’ve always had a hard time with changes and transitions. I used to cry on my birthday because I was getting older. From from being a sign of dysfunction, these statements are evidence of our most primal attachment needs, as Sue Johnson writes in Hold Me Tight: “The need for safe emotional connection to a few loved ones is wired in by millions of years of evolution… Love is the best survival mechanism there is, and to feel suddenly emotionally cut off… disconnected, is terrifying.” (pp. 46-7)

The fear of becoming separated from one’s tribe is a primal fear that extends back to the days when we lived in the forests or in the wild. For if a young child became separated from his mother – his source of food, his tether to emotional sustenance and comfort, the person that would keep him physically safe within her fold – he could die. Even though kids know that they won’t physically die when separated from a safe caregiver, it still feels like death. For this reason, separation anxiety is one of the most heart-wrenching feelings a child can experience, as it cuts to the core of their sense of survival.

Some of my earliest and most vivid memories are of crawling out of bed and dragging my green cotton sleeping bag with big pink flowers outside my parents door, where I would lay it out on the maroon shag carpet (yes, it was the 70s), snuggle in with my German Shepherd guardian angel, and go back to sleep. I desperately needed to feel closer to them, for even the short distance between my bedroom and theirs felt like a yawning chasm against the dark silence of night. Heeding the dire warnings of the day, they didn’t allow me to come into their room with them, so I settled for as close as I could get and spent the night in a narrow hallway pressed against their door. (Years later, my mother wept when she read The Continuum Concept by Jean Liedloff and realized that my need to be close and her instinct to pull me into bed with her were healthy.)

The ramifications for how insidiously this culture messes with mother-instincts is far-reaching and dire. For when a mother denies her instincts, a child’s innate ability to trust her innate needs is interrupted and instead turns into shame. “What’s wrong with me for not being able to be at the birthday party like everyone else?” the child assumes when she cries at the door, holding onto her mother’s skirts and begging her not to leave. The mother may long to stay with the child until she feels safe, which may mean for the entire party, but the voice of the culture emanating through the projected judgement of the other mothers glares in her heart, and she walks away. Both mother and child are in agony, both denying what they know is needed: attachment and connection until the child feels safe enough to be on her own.

This doesn’t apply to all children, of course. Many kids are just fine separating and joining the party or running off for the first day of school. But for those who aren’t – the highly sensitive ones – we need to adopt a mindset that encourages parents to attune to the unique needs and rhythm of their child instead of following the herd. We need to stop telling parents that they’re “coddling” their child when they stay closer for longer. We need to stop judging kids for being “too sensitive” and instead recognize that, for the highly sensitive child, being separated isn’t just a minor incident, but literally feels like their organs are being turned inside out, the emptiness and loneliness so great that it feels like death.

It makes sense, then, that this separation anxiety would be activated around major transitions as an adult, like going to college, starting a new job, moving, and getting married. What remains unhealed inside of us will release around similar events, so with each separation the original wound around separation is reactivated. The work, then, is to learn to repair that sense of separation and disconnect by growing our own loving adult self, learning to connect to the invisible cosmic web that is beyond death, and, when possible, attach firmly to safe others.

It’s not a parents’ job to attend to that high need for contact every second of the day and night. One of the things I’m teaching my older son, now that he’s ready to separate more but still feels the disconnect and loneliness, is tools and practices for connecting to his own source of guidance and comfort. I teach him visualizations and meaningful rituals that can help anchor him into the greater flow of life, the sense of oneness that lives inside and all around him. My husband and I have been source for him for many years, and we know we can’t continue to be the only tether and anchor. So, over time, hopefully he will learn to anchor into the well of his own being.

We all must do this. We all must attend to the empty and scared places inside of us, the holes and wounds that we carry into adulthood by virtue of being sensitive souls whose needs weren’t quite met. This isn’t an exercise in blaming parents at all for, as I said, most of my clients who describe this experience of intense separation anxiety and fear of death had basically loving parents. Rather, it’s a recognition that, even in the most healthy of homes, the culture that we live in fails to hold us in the bigger web, teach us the skills and rituals that will tether us to a sense of oneness, guide us to attend lovingly to our big feelings, and encourage us to attach to healthy and loving others. Ultimately this is what needs to happen to repair the fear of death. It’s no small task, but it’s doable and necessary if we are to live in the fullness of life.

2019 update: Our older son is now almost 15 years old and has no fear of separation and very little fear of death. He’s a pilot, he’s independent, and he loves engaging fully with life in every way.