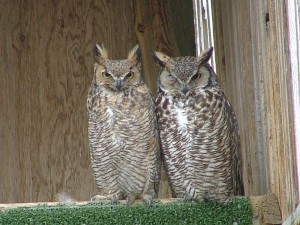 A few nights ago, as my son was trying to fall asleep, he said, “Mommy, in my mind all I see are skeletons.” It took my breath away and for a moment I didn’t know what to say or do. If you’ve been following this blog you know that we’ve been working with Everest for months on his fear of the dark and that lately his sensitivity to the pain of the world has gone into overdrive, but this statement threw me for a loop. Skeletons? Where did this image come from? Aside from the occasional Science or Discovery Channel show on engineering or airplanes he doesn’t watch movies or television, so media isn’t to blame. I held him close in silence for a minute as I tried to make sense of this disturbing statement, but no sense arrived. Finally I said, “Let’s change the channel.”

Changing the channel is a technique I often teach my clients when they’re perseverating on a fearful thought or image. It’s easy for fear to take over the mind and impose an intriguing anxiety-provoking image until you find that you’re not thinking about anything else. Once you catch on to fear’s latest trick, you can consciously choose to think about something else, like a scene that brings about a feeling of peace and joy. Since Everest doesn’t watch television, I wasn’t sure that the channel-changing suggestion would mean anything to him, but I went with it nonetheless and said, “Instead of thinking about skeletons, think about something that makes you really happy, like cats. Remember the other day when we went to the shelter and you laughed your head off when you were playing with the little black kitten? Think about that. Think about how funny she was when she was chasing the string, jumping in the air, knocking things over.” I could see his mind imagining the scene and within seconds he was smiling.

A few minutes later he said, “Mommy, the black holes in the room are scaring me.” He’s talked about black holes before, so I felt somewhat more prepared for this one. It seems that Everest’s passion for science is backfiring a bit lately, as the images that he’s loved learning about are now morphing in his nighttime mind into fear. A few weeks ago, he and my husband went to the Museum of Nature and Science in Denver – where they’ve been dozens of times  – and they watched an IMAX movie called “Cosmic Collisions.” He’s seen the film many times, but now, in his heightened state of awareness, it’s too much. I said, “Everest, there are no black holes in this room. I know your mind is seeing black holes, but that’s what fear does: it tells you to see things that aren’t really here. I want you to sit up, look around the room, and tell me if there are any black holes in here.” He did and said no. Then I said, “Now tell me if there’s anything in this room that can hurt you.” Again, no. “Everest, I want you to say out loud, ‘I am stronger than fear.'” And in his sweet six year old voice, he said, with all his might, “I am stronger than fear!” “Good, now say it again.” “I am stronger than fear!”

I thought for sure we had conquered fear for the night. He settled back down, I tickled his back and held him close, and after about ten minutes he said, “Mommy, I’m too scared to fall asleep.” Since fear has made such a strong appearance, we’ve been talking lately about animal totems. A few weeks ago I explained to him that everyone has an animal totem that protects and guides us, and asked what he thought his totem was. I knew before asking him, as anyone who knows Everest would easily guess: an owl. Everest has loved owls since the time he could talk and the passion has remained steady ever since. We have dozens of books and documentaries on owls, owl stuffed animals and sculptures, owl drawings, photographs of owls on the walls on his bedroom.

After we moved into this house a couple of years ago we realized that there were owls on the property, and many times neighbors would call after their evening walks and say, “Did you know there’s a Great Horned Owl sitting on your roof?” The owls would land right on top of Everest’s room, watching over him and protecting him. Even though we see the owls regularly, it’s still a magical sight. And every time we hear them flying and screeching through our yard as Everest is falling asleep we say, “There they are, protecting you.” So of course Everest immediately said that his totem is an owl. I said, “Now it’s time to ask the owl for help in taking your fear away. Can you do that?” And Everest prayed with all his heart, “Owls, please take my fear away. Owls, please help me not feel scared.” Within a few minutes he fell asleep.

In helping my son battle his fear I’m seeing more clearly how fear works. I use the techniques I teach my clients to help him and I use the techniques that evolve out of loving him to help my clients. Changing the channel, saying NO to fear, and prayer are all effective ways to battle the existential and often nameless fear that arrives during transitions, whether it’s the transition of becoming a big boy or the transition of getting married. Each time we stand on the precipice, we face death, and in facing death we face the unknowable and uncertain aspects of life. Fear is a natural part of this process, but we still need the tools that will help us manage it so that it doesn’t spiral into anxiety and panic.

It occurs to me now that my life as a mother informs my work in the world and my work in the world helps me be a better mother. Tonight, as I write, I’m in deep gratitude for both roles, and for anything that helps me help others to battle fear and knock it out of the driver’s seat so that love and joy can reign.