The 3 Top Emotions Trapped Inside Every Intrusive Thought

Continuing from last week’s post where I talked about the most important part of working with intrusive thoughts is to separate the content from the underneath layers that need attention, I wanted to give some direction 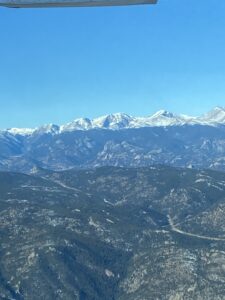 about what the three most common emotions are that live inside intrusive thoughts.

But first, I want to offer a bit more clarification about this concept of delving into what might be embedded inside the thought without taking the thought itself at face value by lifting up a comment exchange that took place on the previous post.

I’m a bit confused by this article. For instance, I have Intrusive thoughts about sexual/gender orientation and health anxiety. What you’re saying is to bring awareness to when these thoughts come up, identify them as intrusive, then get curious and look for the deeper meaning within them?

I thought the main action taken to combat intrusive/ocd thinking was to acknowledge it and then move on, not give it energy.

If I go layer by layer saying “this isn’t about sexual orientation” but something deeper, I get more confused and end up spiraling out. My anxiety response ends up amplifying and then body follows suit.

Can you please elaborate on this?

I offered clarification, but then Steve offered a much clearer explanation (thank you, Steve; the wisdom in my readers never ceases to amaze me :)):

So you don’t really need to “bring” awareness to something that is already painfully there. The awareness, is that you don’t need to buy the content – the awareness that the thought is distracting you from paying attention to the feeling that is crying for attention.

Instead of thinking about it in the moment (i.e. insert thought about sexuality – oh this is intrusive what does that mean, let me think about it for hours), you acknowledge it as intrusive, and ask for space to learn from the feeling it produces (instead of fighting the feeling or wishing it away). The “space” to learn may not come in that moment (in fact it probably won’t), but taking that pause, not giving into the thought as fact, and asking for the space is enough and in time the space will open up.

What are the emotions that are crying for attention?

The three most common – the ones that I see over and over again in my professional and personal life – are grief, fear, groundlessness.

Let’s unpack these a bit more.

We all carry grief. We grieve for obvious losses but we also feel grieve for the smaller moments that are often overlooked (which I’ve written about often in my blog and book, and have also explored in our Gathering Gold podcast). When I talk about grief with a client who had a relatively happy childhood (keeping in mind that even in the happiest of childhood there will still be pain), they often say, “But I’ve never lost anyone I’ve loved and my parents have a good marriage,” as if these are the only sources of grief.

Grieving is part of the human experience, and for highly sensitive humans it’s often a daily experience. Not a day passes when I don’t feel a pang of sadness in my heart, which could be connected to anything from the personal to the global.

Just last night, we were at a beautiful choral concert and one of the songs they sang was a prayer for Ukraine. It was performed by candlelight to honor the power outages that the Ukrainians are currently suffering through, and it broke me open. I breathed into the pain, allowed tears to pierce my eyes, and breathed out a prayer for peace. I also allowed the pain to remind me of the importance of giving charity however I can.

When we allow ourselves to grieve – to feel the pain in our hearts and follow it where it needs to go – anxiety quiets down.

These aren’t necessarily fears to “get over” or transcend, as some spiritual and pop psychology philosophies espouse, as they are to learn how to accompany, to hold hands with, to accept. It’s through the acceptance of these fundamental human fears that something new, and often something life-affirming, arises. It’s often when we drop the resistance against fear – which can include self-judgement (“I shouldn’t be scared of this; what’s wrong with me?) – that the fear abates and we glimpse a window into the freedom that lives on the other side of fear.

Just as darkness and light are woven together – one dependent on the other – so the contraction of fear and the expansion of freedom are intertwined. And it seems to be one of the laws of the human psyche that quite often we must walk through fear to arrive at freedom. I don’t know why that is, but questioning it doesn’t help; it’s in the very acceptance of this reality that allows us to lay down the fight against core fear and befriend it. And when we do this, anxiety dissipates.

Lastly, we experience a core groundlessness as part of being human. This is the sense that life is largely out of our control, change/loss/death happens, our children grow up, time passes and there’s not a thing we can do about it.

This sense of groundlessness is heightened during transitional times when the very ground of our being is opened up as we’re asked to let go of old patterns, beliefs, and emotions that are no longer serving us and teeter in the liminal, in-between realm where the egg is no longer and the chick is not yet, but the truth is that we’re always in some form of groundlessness. What a task for us humans! And it’s one made even more challenging because we’re not given healthy and meaningful rituals to help steady us during these shaky times.

What helps? First off, naming the groundlessness: “I’m feeling unsteady because I’m in a new relationship, or I’m moving, or I just got engaged, or my firstborn is leaving for college.” The naming brings a piece of ground beneath our feet.

Secondly, finding and creating spiritual practices that ground you is essential. This can feel daunting as, again, we’re not offered this roadmap, and with the mass exodus from organized religion that we’ve seen in recent decades many people are bereft of time-honored rituals.

But it’s well-worth listening to the whispers of your soul, to the places that say YES, I would like to _______ [meditate for 5 minutes a day; commit to a prayer practice; memorize a poem and speak it aloud every morning; commit to a nightly gratitude practice] and follow them.