The Cycle of Healing 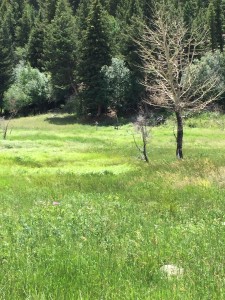 We learn and heal in ebbs and flows, spiraling around the center of ourselves where our true Self dwells. When we’re in a cycle of growth, we burn through layers of ego fears and touch into that core place of wellness where peace and clarity reside. Our hearts are open and alive and we can receive and give love with ease. This is the gold of being human, and how we long to live there always! But alas, inevitably, when the false self senses that we’re growing “too much” or learning “too quickly”, it bucks like a bull at a bronco, and it suddenly feels like we’re back at square one. Then we cycle into the ebb stage, and if we don’t have a context in which to understand the cycle of healing, the fear-mind can easily grab hold of these ebbs as evidence to support our current anxiety story.

I often receive questions from courses members and comments on my site on this topic of  “relapses”, and since I received a greater number this week I decided to listen to the synchronicity and write about it. And I’m not sure that they’re really setbacks as much as times when the false self steps in with greater passion to try to convince you that it’s not safe to grow. Ego fears growth because it fears for its life: each time we grow a layer closer to true Self, we shed a layer of ego. And nobody wants to die – even parts of our psyche that we can’t see or touch.

Because we’re a linear culture, we expect growth to occur linearly. We step onto the healing path and expect our curve to progress upwardly, just like everything else in life (or so the culture teaches). While this may be the path that the culture entrains us to expect (first grade follows kindergarten; second grade follows first grade; baby must follow marriage must follow house purchase), it’s not actually how real life goes. In fact, if you look closely, very few things in life progress linearly. We move toward our partner and then we retreat. We feel in touch with a higher presence, in love with our spiritual path, and then doubt sets in. We think we’ve found our “calling” only to discover a few years into the job that we’re ready to do something else.

When we don’t learn to excavate the artifacts of Self through inquiry and reflection and the culture fails to teach us the architecture of cycles and transitions, we have no choice but to assign first-layer, obvious interpretations to our thoughts and experiences. An aspect of this is lack of proper self-education: we spend sixteen or more years in school learning about math, reading, writing, and facts, but we never learn to turn inward and understand the most basic facts about our inner world, things like just because you think it doesn’t mean it’s true and you don’t have to act on all of your feelings. If we were better educated about the cycles of change and transition – including the transition of healing – we wouldn’t need to jump to the most obvious, and wrong, conclusions when our experience differs from expectations.

For example, my work started with the wedding transition as I tackled the widespread cultural belief that if you’re feeling anything less than pure joy in the months and weeks leading to your wedding that means you’re making a mistake. Because we’re not educated to understand that major life transitions, like getting married, follow the three stages of transitions – letting go, liminal, rebirth – most people don’t understand how normal and even necessary it is to feel sad, scared, uncertain, and vulnerable as you’re letting go of and grieving your identity and lifestyle as a single person during the first stage of the transition. And because they don’t understand that and the cultural message is the exact opposite (you’re supposed to feel happier than you’ve ever felt in your entire life from the proposal through the honeymoon), the most logical conclusion to draw is that the uncomfortable feelings are evidence that you’re making a mistake

Likewise, if you’re suffering from relationship anxiety, your ego is going to pounce on your “setbacks” or retreats as evidence that you’re in the wrong relationship: “I was doing so well for weeks and even months but doesn’t the fact that I’m struggling again mean that I really am with the wrong person?”

As one course member recently wrote to me (shared with permission):

We haven’t spoken in a while. I’m a bit worried at the moment because after a few weeks of clarity and worrying much less, even feeling more love, I’m back to worrying and having anxious thoughts, which make me wonder if that’s my truth.

“I don’t like him anymore, he’s just not for me. It’s better if we break up even if it hurts. I’m too young to be fighting this hard, it must be wrong. I feel nothing.” It feels real, as I don’t have any physical anxiety accompanying the thoughts. I just sort of feel apathy. I’m sad because I had many weeks of clarity.

What do you suggest for relapses?

I decided to remind this course member that just a few weeks earlier she had sent me a very different email:

I wanted to let you know how happy I am. Most days, I don’t get thoughts about J anymore. Some days I do, but they don’t last nearly as long and don’t bother nearly as much, either. I’ve had about 2+ months of clarity now, and my main worries seem to be, “What if I want to leave later on?” which is my fear of loss. I’m so happy I’ve worked through the anxiety and chose to stay, because otherwise I would’ve lost the best man I know and my best friend. I feel like my old self but wiser. I am present most of the time and I rarely ever spike. I trust my relationship, I trust my choice, and I love us together. Thank you for all your work!

Isn’t it fascinating that the same person wrote these two emails? Clearly they’re stemming from two very different parts of her psyche: one that’s rooted in truth and one that’s rooted in fear. My first question for her was: What else is happening in your life? Are you in transition? Is there an anniversary of a loss or death on the horizon? Have you recently spent more time than usual around your family of origin? In other words, if you could pull the projection off your partner, what would you find that needs attention inside of you? Something is ready to grow and needing your compassionate curiosity, and you won’t discover what it is if you remain hooked on the belief that the anxiety is evidence that you’re with the wrong person.

If you’re going through a so-called relapse, the same is likely true for you. Remind yourself that you’re ready for the next layer of learning, and that the only problem is that you’ve fallen prey to the pernicious and alluring trap of projection by believing that the problem is your choice of partner. Remember that apathy is also emptiness, and emptiness is what precedes growth: the stillness of winter, which looks like “apathy” in its “deadness”, is readying the earth for the aliveness of spring. If you can avoid the pitfall of using the emptiness/apathy as evidence that you’re with the wrong person and instead sit with the emptiness itself without assigning meaning to it, you will find your clarity once again. Clarity doesn’t always mean happiness. But it does mean self-responsibility. And that’s where our wellness dwells.

Hang on. This too shall pass. And remember that it’s often when our inner world is the darkest that we’re growing the most. Like the seed that takes root in lightless soil and the embryo who grows in the shadows of the womb, so our psyches are shedding and rooting in their dark, underground spaces, always reaching toward a light that we cannot always see.