The Voices in Your Head 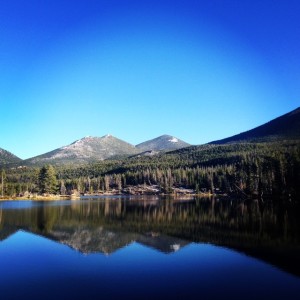 “There is nothing more important to true growth than realizing that you are not the voice of the mind – you are the one who hears it. If you don’t understand this, you will try to figure out which of the many things the voice says is really you…

“If you watch it objectively, you will come to see that much of what the voice says is meaningless. Most of the talking is just a waste of time and energy. The truth is that most of life will unfold in accordance with forces far outside your control, regardless of what your mind says about it. It’s like sitting down at night and deciding whether you want the sun to come up in the morning. The bottom line is that the sun will come up and the sun will down. Billions of things are going on in this world. You can think about it all you want, but life it still going to keep on happening…

“Now this raises a serious question: If so much of what the voice says is meaningless and unnecessary, then why does it even exist? The secret to answering this question lies in understanding why it says what it says when it says it. For example, is some cases the mental voice talks for the same reasons that a teakettle whistles. That is, there’s a buildup of energy inside that needs to be released. If you watch objectively, you will see that when there’s a buildup of nervous, fearful, or desire-based energies inside, the voice becomes extremely active…

“What you’ll see, if you study this carefully, is that the narration makes you feel more comfortable with the world around you. Like backseat driving, it makes you feel as though things are more in your control. You actually feel like you have some relationship with them…”

The voices inside our heads make us feel in control. As we spiral deeper and deeper into the work of healing from anxiety, depression, intrusive thoughts, insomnia, and other symptomatic manifestation of internal pain, we recognize that one of the core spokes underlying these challenges is the need for control. The anxious, fear-based mind – the voice inside that believes that something or someone out there is the cause of our unrest, unease, and anxiety – latches onto the stories as a way to try to control the outcome and, ultimately, avoid taking full responsibility for our well-being. After all, if the solution to the problem is as easy as swapping out a partner, job, house, or city, we never have to do our internal work. We just keep crawling after the next dangling carrot in hopes of finding the elixir of happiness.

But what happens when the elixir never comes? What happens when we chase and achieve and find ourselves at 25 or 35 or 55 with a loving partner, a home, a good job, and still the anxiety and the voices won’t leave us alone? Then it’s time to dig down into the muck and mud that we’ve been avoiding all those years and get very, very messy. It’s time to get into relationship with the voices in our heads.

And there’s not just one voice; there are many voices. If we’re going to break free from anxiety and depression, we need to shift into conscious relationship with all of them instead of falling prey to the habitual tendency to push them away from shame. The first step in all healing practices  – which ultimately simmers down to learning how to work with thoughts, feelings, and needs – is to make room for the voices and wash them in nice warm bath of acceptance. For as soon as the judgement enters that says, “What’s wrong with you for having such a horrible thought?”, an inner vice clamps down on your mind and heart and the learning comes to a screeching halt. Instead of opening doors inside with curiosity, you shut down and the only place for that initial spark of energy to go is into anxiety. And then more intrusive thoughts. And more anxiety.

And yet we have to be careful that we don’t give the thought itself too much attention. Until we learn to work effectively with thoughts, we tend to vacillate between two polarities: on the one hand we avoid the thought and try to shut it down from shame, and on the other hand we indulge the thought itself through seeking reassurance, googling, and journaling about it, and then discover that thoughts feed on attention.

The middle path is to acknowledge the thought but not believe it. Michael Singer suggests that we find freedom when we can watch the voice without latching onto it. This is certainly one essential spoke to the working-with-thoughts wheel. But I like to take it a step further and apply the Jungian model of not only seeing the thoughts, but having a relationship with them. This means naming them as characters of the mind, none of which, as Singer writes, are the you of you. The more clearly we can name the characters, the easier it is to de-fuse from them and see them as part of us but not the essential “me of me.”

Often when I talk to my clients about the voices in their heads their first response is, “But if I talk to them doesn’t that make me schizophrenic?” An understandable fear, but the truth is that they’re there whether you admit it or not. And the first rule of psychology is: what you resist persists. The longer you deny their existence and try to push them underground, the louder and stronger they become until they pop out the top in the form of intrusive thoughts.

It’s often more palatable to think of the voices as characters. We know that we have different parts of ourselves that take center stage in different situations. We have a Critic, a Controller, a Good Girl/Boy. We can recognize that with some people and in certain situations our Pleaser is at the forefront, while at other times it’s straight Fear that steals the show. Naming the characters helps us to see them as part of us but separate from us. The common characters that dominate the mind of someone suffering from relationship anxiety are the following:

The Detractor says: “You might think that’s the truth, but you’re just lying to yourself.

The Doubter says: “You’re just convincing yourself. Come on, why are you wasting everyone’s time? If it’s right it’s right and you know it’s time to move on.”

The Checker says: “Am I feeling love? Am I feel attracted? Let me take a quick peek and see if “those feelings” are there.”

Ultimately, these are all manifestations of Fear. The more specifically we can name the fear, the more we can all it out onto the mat and stop believing its lies. That’s why it’s important to name the characters and become so familiar with them so that the next time they sidle into the driver’s seat you can easily and quickly say, “Oh, hello Doubter.”

I’ll end with a beautiful poem that Break Free From Relationship Anxiety/Conscious Weddings E-Course member Findingpeace28 recently shared on the forum about what it looks like to shift into conscious relationship with fear (shared with her permission):

Just wanted to share a poem I wrote that I wrote to inspire hope for those of us having hard days:

Oh, hello fear, how I would love to say that it’s so nice to see you, that you’re a welcome guest, a loving friend, someone I’ll love until the end.

You are no stranger. Not even in the slightest. From as long as I could speak, and likely even before then, you’ve been there. A loyal acquaintance, I’d like to say. Someone who knows how to make your way to my mind and my heart, promising me you’ll stay.

I used to spend so many weary days and nights, fighting you with every inch of my fiber. “Won’t you just leave?!” I’d scream, “you can’t just take over when you want, you’re not allowed to destroy me!”

But I’d be left exhausted, defeated. Tired and worn down, you’d sit in your corner and smile that smile. “Not funny,” I’d scream. But I knew you’d be there for a while.

So instead of fighting you, instead of all of my efforts going in vain, I finally decided to talk to you in a rational matter.

“Who are you? And why are you here?” I begun. “You’ve wrecked so much havoc and terror, always causing me to run.”

And then when your smile began to cease, and the tears began to fill your eyes, I realized all those truths you’d always whispered to me, were ultimately just lies.

It wasn’t your intention to break me, to always cause me to run, you simply just wanted to protect me from all the harm that life can lunge.

“Oh, fear,” I sighed with a sympathetic plea. “You’ve overreacted for much too long, you were too much, too heavy and strong.”

I know you were just doing your best to keep me safe, and I know you’ll forever be around, you have no other place to go. But we’re going to do things differently now, this you must know.

You can scream and you can yell, you can tell me no and to run, you can overtake my mind and overwhelm my heart, but I’m not going to always listen to you, please understand. I know you’ve done the best you can, but I need to know that I can stand.

Stand on my own without your lingering voice. Committing to always choosing love over fear as if I had no other choice.