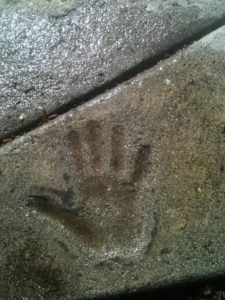 Does the word “shadow” scare you a little? If so, you’re not alone! Most people feel nervous around shadow conversations, fearing that if they peer inside their “shadow bag” – the term that Robert Bly used to describe the psychological “place” where we stuff the traits we deem unacceptable early in life – they’ll find a demon. And while shadow sometimes appears as creepy characters in dreams, when we turn to face these characters we find the gold embedded inside. And more often than not shadow-work is an almost mundane yet fully alive experience of reclaiming our stuffed-away traits so that we can integrate them and move toward wholeness.

In this week’s Gathering Gold episode, Victoria and I take a dip into the shadow lands and explore what we mean when we talk about “our shadow” in the realm of human psychology. We both share a few traits that we’ve become aware of in our own shadows; I wasn’t sure I was going to share my shadow story but it felt right while we were recording so out it came! We also discuss the interplay of shadow and persona and how both benefit from attention and curiosity. Finally, I explain how we can channel shadow characters in healthy ways and learn to see the golden or bright shadow in ourselves, rather than only projecting it onto others.

Shadow is a vast topic and we’ve only skimmed the surface in this episode, but, as always, we’d love to hear your thoughts after you listen. Thank you for being here. ❤️