This is How I Transform Worry into Trust 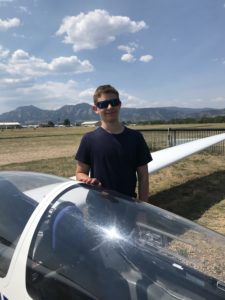 With the pandemic surging, worry is on the upswing. Worry is a culturally acceptable way to refer to anxiety, but I think of them as the same thing. If you’re on my site, worry may be taking centerstage in your life, if not every day then some days. The stakes are high right now; the veils of illusion of safety that we normally live with have been stripped away these last nine months and, as such, we’re more painfully and acutely aware of the vulnerability of life. Without our normal defenses and distractions, worry is likely to sidle in.

This awareness may show up as fear of covid, either for yourself or for a loved one. You may have already had covid and have either recovered or are one of the long-haulers and are still struggling. You may have lost a loved one to covid. You may be worrying about finances. You may be worrying about your child’s mental/emotional health, or your own. We’re not meant to be living in this level of isolation. We’re social animals, and even for the most introverted among us (hand raised), we still need social engagement that extends beyond a screen. We’re isolated, we’re on high alert, we’re in a state of hypervigilence and uncertainty that is taking a toll on our nervous systems. And if you don’t have a way to work with this worry/anxiety, it will take an even greater toll.

I would like to share with you how I work with worry. In order to do so, I’m going to time travel back eleven and a half years and share a story that highlighted worry, then bring this back to the present and share how I work with worry when my 16-year old son flies. People often ask me, “How can you let your son fly? I would be scared sick.” What I see now is that the work I’ve done with worry over the past sixteen years has allowed me to have enough inner resources and practices that allow me to move my fear out of the way so that I can support his passion. For flying is my son’s life force. It’s his purpose and his place of belonging. While the original umbilical cord that connects he and I is still pulsing and alive metaphorically, he also has another umbilical cord that connects him to the sky. If my worry prevented him from flying, a piece of him would wither and morph into anxiety.

Let’s travel back to April 14th, 2009, the day our younger child was making his way into the world:

Janelle, my midwife, sat at the bottom of my bed during my labor and said to me, “Worry is the work of motherhood”. She was quoting Pam England from her book, Birthing From Within, in response to me sharing with her that I was worrying about how Everest, my firstborn, would handle having a sibling. I was twelve hours into my labor but hadn’t progressed into the strong contractions that would push my baby into the world. Janelle could sense that something emotionally was holding me back from the internal surrender that needed to occur before my body would open enough to move to the next stage of labor. She moved closer to me and said, “You look so sad.” And that’s when the floodgates opened and I cried about how worried I was about losing my exclusive relationship with Everest, how worried I felt about how Everest would respond to his little brother, how worried I was about my ability to love another child the way I loved Everest. Worry is the work of motherhood.

I had come across that sentence when I read Birthing From Within during my first pregnancy, but there was no way for me to metabolize what it meant until I became a mother. When Everest was a baby I worried constantly about him: Was he healthy? Was he happy? Would he get hurt? Was he hungry? Was he in pain? When my husband would take him for a few hours I could barely relax from the worry about their safety. I would have catastrophic visions of car accidents and policemen appearing at my door. I was grateful for the invention of the cell phone and utilized it multiple times during each of their excursions. Worry is the work of motherhood.

As Everest got older, I worried less. He was more stable, less vulnerable, years away from the baby and toddler stages when I would check to make sure he was still breathing at night, every night, usually several times a night. My husband could take him for a day and I usually wouldn’t need a cell phone check in (although I wouldn’t oppose a text message). I developed more trust that he was going to be okay, and that if he wasn’t okay (if he got hurt or sick) I would find the resources to handle it.

I’ve found that worry has cycled through stages in my journey as a parent, sometimes emerging forefront and sometimes receding to the background. And of course, worry doesn’t only show up in parenting; if you’re a worrier, and if you’re on my site it’s likely that you are, worry will find its way into every aspect of life that we deeply care about.

So what is the work we must do to manage the worry? For me, it’s four-pronged.

Accepting Worry: The first prong is to accept that worry is part of life and parenthood. In healing work, we talk about accepting and embracing the authentic and existential feelings of life, including grief, powerlessness, heartbreak, and loneliness. We don’t usually include worry in this list, but if you’re on the anxious-sensitive-creative spectrum, it’s nearly impossible to love a partner or a child as deeply as we do without worrying about their well-being. Context invites accepts which inspires compassion; when we accept the worry instead of judging or berating ourselves for carrying it, it becomes easier to manage.

Surrendering Control: The second prong is to accept my powerlessness over outcomes, especially of my childrens’ lives, including their day-to-day health and their long-term emotional well-being. Of course I do everything in my power to make sure they’re healthy and safe, but since I can’t put them in a bubble, I have to accept that life will happen. Bee stings will occur, bones will break, illness and fevers will take over, accidents happen. This is a continual lesson in surrendering control, reminding myself every day, usually several times a day, that I cannot control most of what occurs in my kids’ lives. My ego just hates that reality! But my higher self takes solace in that fact because it means that I can only do what I can do and the rest is in higher hands.

As parents – and especially as mothers, I believe – there’s a tremendous amount of pressure to raise our kids “perfectly.” If a kid turns out well, we assume they had a great mother. And if the kid struggles through adulthood, we assume their parents failed in some way. The truth is that we all “fail” as parents in some way because we’re only human and we can’t possibly raise our kids without error. So part of accepting my powerlessness is letting myself off the hook.

Prayer or Visualization: The third, and perhaps most important, prong is to pray. Prayer is how we gather up worry and send it along other channels. Prayer doesn’t necessarily change outcomes (although some research shows that it might) as much as it gives us a healthier vessel that can contain and transmute the worry. In other words, we can focus on worry or we can focus on prayer. The former sends us into fear and the latter elevates us above the fear realm into something higher and calmer.  I share a 3-step practice for transmuting worry here.

Gratitude: The fourth prong is to practice gratitude. Worry is a negative frequency, the mind’s habitual tendency to focus on something bad happening. Here we can imagine changing the channel on our internal television set so we can focus on something else. I’ve used this image hundreds of times, literally seeing myself turning the knob on a old-fashioned set. When Everest was young, I would see him falling down the stairs or tumbling off a play structure (horrible images) on the worry screen. But when I changed the channel, I tuned into the gratitude station.

And there, projected onto the screen, I would see my beautiful, healthy, happy sons. I would see their shining faces and big smiles. I would see Everest running across our green grass, laughing his head off as he tried to avoid the sprinklers. I would see Asher, safely tucked into the sling, watching his big brother like he was watching a hero, a big, toothless grin spreading across his face, brighter than the sun.

Now with a son who flies airplanes and drives a car, the stakes are higher (or at least they feel that way), and as I said, I can see how the last sixteen years of practice have honed in me an ability to transform worry into trust. This is what I wrote the last time Everest flew:

My son is flying. He’s in the sky right now as I write these words. My habit is to hang out in the realm of worry, It’s such a deeply ingrained habit that it doesn’t even feel like a choice; it’s just the groove of psyche where I automatically go every time he flies.

Worry is in my blood. It’s in my bones. It’s in my genetic heritage. I come from a long line of highly skilled worriers, and the message that was silently passed down is that worry equals love: If you love someone, you spend a lot of time worrying about them.

The other subtext message embedded in worry is the belief that when we worry we’re controlling something bad from happening. Conversely, to let go of worry is irresponsible and even reckless! I’ve always been the responsible one. Even as a teenager I was responsible, so to shuck off worry is to my wiring like driving without wearing my seatbelt. To stop worrying, according to my worry-mind, is to say, “I don’t care.”

When I step out of worry and imagine my son in the glider, I have a deep sense that he’s okay. Flying a glider is actually quite safe, and I trust that he’s an excellent, cautious, and skilled pilot. When I step outside of worry and into trust, I see him in his highest joy, and that brings me joy. I see him flying among the eagles, living out one of his callings on this earth. Seeing his joy is another way worry is knocked out of the driver’s seat, for joy is stronger than fear.

This is a practice. Every time my son drives, I have an opportunity to practice rewiring from worry to trust. Every time he flies, I practice letting go of the illusion of control and stepping into trust. It feels like free-falling, and there’s always one terrifying moment when I’m scared that even by writing this I’m tempting fate. But the more I move toward fear, the more I step into love. And love is a much more spacious place to be.