This is How to Overcome the Most Powerful Obstacle to Change 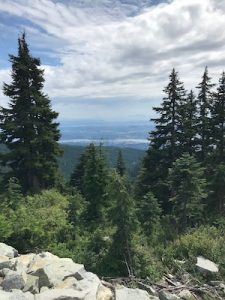 We all know that greens are healthy. We know that meditation can be life-changing. We know that breathwork is deeply healing and that yoga can be a pathway to profound change. We know that exercise is essential. We know that journaling is a powerful tool. We know it, but what stops us from committing to these actions that will result in change and growth?

Resistance is one of the most powerful forces that both prevents and, paradoxically, invites change.

What does this mean? It means that the very blocks that resistance creates are the ones that, when addressed effectively, will help us access the next layer of inner growth.

In other words, resistance itself is part of the plan. It’s not just something to get over but, because it provides something to push up against, it helps us grow. So we don’t want to think of resistance as an evil or bad part of our personality but rather an essential aspect that, when attended to and worked with effectively, aids our healing process. In other words, it’s through consciously working with resistance that we strengthen our sense of Self. It’s all exactly as it’s meant to be; none of it is an accident.

As Douglas Adams writes in The Book of Joy:

“Stress and opposition turn out to be exactly what initiate our development in utero. Our stem cells do not differentiate and become us if there is not enough biological stress to encourage them to do so. Without stress and opposition, complex life like ours would not have have developed. We would never have come into being.”

If we don’t have anything to push up against, we will not grow.

It looks like signing up for an online course and dropping off after the second week.

It looks like committing to eating more greens and making more salads and falling off the horse after a month.

It looks like signing a contract with yourself that you’ll go to the gym three times a week and dropping the ball after three months.

It looks like meditating every day for 15 minutes… for a while.

We’ve all been there. It’s part of being human. Committing then falling away from the commitment is as common as sand, as essential as light. If we were meant to grow easily and in a straight line then that’s what we would do. But because we have an ego, which is the part of us that is afraid of change and clings with tenacity to the status quo, we’re subject to one of ego’s emissaries, which is resistance.

Now that we’ve named the problem, what are the steps to overcome it?

One step, as always, is to name it. There is so much power in naming. When you feel resistance taking hold, say out loud, “Hello, resistance. I was expecting you!”

Another step is to identify your fears about growth. Write them down and respond to each one from a wiser and more change-tolerant part of you.

A powerful third step is to break down whatever you’re resisting into smaller, more manageable steps. For example, if your intention is to meditate every morning, tell yourself, “I’m going to sit on my meditation cushion for one minute. That’s all. In fact, if all I do is sit on the cushion but I don’t meditate, that’s okay.” As resistance and overwhelm are closely linked, when you give yourself permission to do less, sometimes more ends up happening.

These are basic steps, but in order to unpack and diffuse resistance at the core much more information and guidance is required. I’ve been wanting to offer a course on resistance for years, but as I was creating my new course, Break Free From Anxiety: A 9-month Course on the Art of Living, it made so much sense to fold it into this curriculum as there’s no reason to learn the mindsets and tools that will create growth and healing if we don’t know how to work with resistance.

In fact, there’s nothing like deciding to embark on a path of healing, like a 9-month long course, to activate the character of resistance, for resistance, as we’ve said, is an emissary of ego whose biggest fear is of change and growth. Therefore, we can expect resistance – almost welcome it! –  and then learn how to work with it effectively. Like anxiety, resistance is not our enemy but is our ally in disguise, and when we meet it with effective tools, we learn how to harness its power.

I will announce registration for this Break Free From Anxiety 9-month course at the end of August, and it will start at the end of September. I very much look forward to connecting with you there.

And one more thing on this note of connection: One of the aspects of this course that I’m most excited about is the live phone support. It’s become quite clear to me that, while the forums can be helpful (sometimes life-changing), when we connect voice-to-voice on a phone call where you have the opportunity to hear other people’s stories and listen to me working with them, an invisible layer of safety and healing arises. Connection is medicine, and in our digital and isolation age, this connection is more critical than ever. Again, I look forward to meeting you there.