This is the Most Powerful Hijacker of Your Healing Path 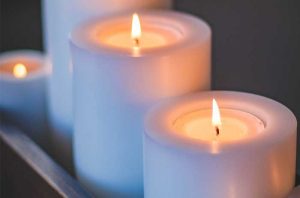 Western culture places a premium on feelings in the form of moods. While we diminish the importance of experiencing difficult emotions like sadness, disappointment, frustration, fear and jealousy, we worship at the altar of moment-by-moment impulses. This sounds like:

I don’t feel like being loving with my partner.

What we don’t realize is that “I don’t feel like it” is code for resistance. Why would you feel like doing something hard like going to the gym and exercising when it’s so much easier to sit on the couch and watch Netflix? Why would you feel like writing down your dreams when you wake up in the morning when it’s so much easier to scroll through your phone? When you submit to the resistance, which uses your predilection for habit and laziness as its primary power tools, you hijack your growth.

And it’s not the sentiment itself that is the problem. Nobody feels like doing things that are hard, and given a way out we’ll usually take it. The problem arises when we listen to this statement instead of acting against it. The hijack happens when we lay down prostrate and allow the part of us that “doesn’t feel like it” to run the show. This is essentially a very young, toddler-like part who is led by its momentary impulses. Our culture supports this immature mindset at every turn, and it’s your job, as a loving inner parent, to acknowledge the momentary mood but not allow your life to be dictated by it.

If you’re not acting based on moods, what drives your actions? Healthy action is based on values, vision, and commitment.

Adult children commonly feel the need to call their parents frequently. If the need is stemming from a sense of obligation and the fear that if you don’t call your parent will be disappointed and withdraw approval, the action is not loving to you and to your parents. If, on the other hand, your calls are motivated by a value of caring about your parents and wanting to make sure that they’re okay, then the action is stemming from health.

Quite often, especially with this example, there are multiple strands of intention. When this is the case, what is being asked is action informed by self-trust which arises from a place of stillness. As always on the path of inner work, there are no formulaic, one-size-fits-all answers that apply to all people in all situations. The task is to know yourself well enough that you can parse apart the various and sometimes paradoxical strands of intention and assess each situation on a case-by-case basis.

Let’s explore another common and tricky area of life where the phrase I don’t feel like it can easily run the show: sex. This is probably the area that I hear about the most when it comes to mood, especially for women. First off, it’s essential to know that past a certain relationship phase and stage of life most women are not led by libido or intrinsic desire when it comes to the act of having sex. In fact, research now shows that most women start out sexually neutral, which means that, while innate desire is unlikely to be the factor that motivates sex, once the motor get going the body responds and the sexual experience is fulfilling.

What this really means is that if you allow your mood to dictate your actions you might never have sex again! So am I suggesting that you have sex even if you don’t feel like it? I’m certainly not suggesting sidelining a strong inner knowing that it’s not loving for you to have sex in a certain moment, but if you frequently find yourself putting off sex because you don’t feel like it, it’s worth changing tracks and remembering that one reason to have sex is to support a deeper value and commitment to your relationship; that you have sex because, for most people, once they get over the initial hump (no pun intended!) of not feeling like it they find that they enjoy themselves and that the act of making love is a lubricant (!) for the relationship. Furthermore, sex begets sex, which means that the more you have it the more you intrinsically want it. So having sex becomes an offering to yourself and to your relationship, and a decision to do it is guided by your values and your commitment, not by your momentary mood.

How much does the phrase and sentiment “I don’t feel like” rule your life?