This is What Actually Goes on Behind Closed Doors 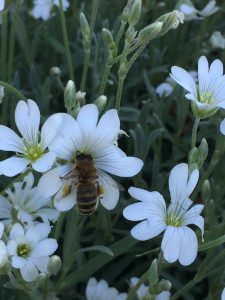 One of the most common questions I’m asked is, “How come other people don’t suffer in this way?” It doesn’t matter if we’re talking about relationship anxiety, friendship anxiety, social anxiety, or any other hook that anxiety hangs its hat on, when you’re the one suffering it feels like you’re the only one suffering. As I recently shared on Instagram, one of the reasons why we struggle with so much shame around anxiety is that we’re disconnected from the real fabric of humanity, the village where friends meet at the well or in the field and talk about their places of struggle. Instead, we walk through the world with the glossy overlay of social media and mainstream media filtering our perceptions, leading us to believe that everyone else has it figured out and we’re the only ones struggling.

The short answer to this question is that everyone suffers. Because I’m in the position I’m in, I know firsthand how many people suffer, but all you have to do is look closely around you – not at the shiny social media and celebrity posts but at the hard facts and statistics – to see how many people suffer. To be human is to suffer. It’s even possible that, because of our disconnection and media overlay that encourages us to keep up the false pretense of a happy face, we’re suffering more than ever. So we have this confusing paradox of a media world that portrays humans as glossier and happier than ever, especially through their social media highlight reel, and a reality that tells a very different story.

I’m going to call this phenomena of believing the fantasy that the media portrays as “The Princess Diana Phenomena.” I was quite ill a couple of weeks ago and, in my middle-of-the-night misery, I decided to watch something on Netflix. Given my profession you might think that I would steer clear of biographies. After all, that’s what I do all day long: listen to peoples stories. But the truth is that my work doesn’t feel like work because I’m endlessly fascinated by people’s stories; it’s a subject of which I never bore. Even the books I read, if not psychology, are often memoirs, journals, or biographical fiction. I love traveling along the vicissitudes and labyrinthian pathways of other people’s lives, and the more honest and vulnerable, the better.

So I ended up watching a documentary called “Diana: In Her Words.” I’ve never known much about Princess Diana (I tend to have my head in the sand about all things mainstream), so I was curious to fill in my own personal gap around this part of our world’s story. The documentary unfolds through a series of secret interviews with Diana, so the entire film is, literally, in her words. At 2am, Diana’s voice infiltrated into my consciousness, almost as if from the other side, and I was riveted by every word. The message that I felt she most strongly imparted was the discrepancy between the story that the world received about her and what was actually going on behind closed doors.

While the world was projecting their rescue fantasies onto Prince Charles courting this 19-year old girl, Diana was in deep distress as she was piecing together the evidence of Charles’ longstanding affair with Camille. While the world hung on every beautiful image of Diana leading up to her wedding day, she was bent over a toilet making herself vomit as she entered the beginning stages of a severe eating disorder that would last the next seven years. And as the entire world projected their fairytale fantasies onto the royal couple on their wedding day, Diana described it as “the worst day of my life.”

The bottom line: The stories we see on the screen are just that… stories. The fantasies are fantasies and we have no idea what goes on behind closed doors.

So when a client says to me, “Why does that couple down the street seem so effortlessly in love with each other while I have to work at love?” I say, “You have no idea what does on behind closed doors.”

And when a client says, “Why don’t other people struggle in friendship?” I say, “You have no idea what goes on behind closed doors.”

And when a client says, “Why do other women seem so happy during their pregnancy?” I say, “You have no idea what goes on behind closed doors,”

You get the picture. We all suffer. And we suffer because anxiety takes hold in almost every area of life:

Being in a body.

Behind the Most Important Closed Door

When we understand through direct experience that everyone struggles, we reduce shame and are able to access the more important doorways that leads to healing. As I write about at length in my book and on this blog, anxiety is a doorway, by which I mean that all of our symptoms are arrows pointing to the storehouses of unresolved pain that needs our attention. It doesn’t matter where you are on your journey of healing: when you pay attention daily, which is what you’ll be encouraged and guided to do in my new course, Break Free From Anxiety: A 9-Month Course on the Art of Living, you’ll learn to rewire the lifelong habit of pushing away pain and instead learn to move toward it. There is nothing more important along the healing path than reversing the habit of pushing away pain, then creating a regular ritual of self-reflection. This is how we heal:

What goes on behind the closed doors of your psyche? Your inner world is waiting for you to find out. There are worlds of memory and pain waiting for you. There’s a young self waiting for you to gather them in your arms and let them know that it’s all okay. “I’ve got you,” are words I’ve said to my sons countless times, and these are the words that you’ll learn to say to your own young self as you grow the loving inner parent that is integral to healing. And you’ll gather your gold: the gifts and gems that are living beneath the pain and are waiting to be scooped up and shared with the world.

Are you ready to join us? I very much look forward to meeting you on the course. The world is waiting as well, for it’s the sensitive-anxious-creative people who hold the keys to our global healing. The time is now. You can learn more and sign up here.