This is What it Takes to Become a Grown Up 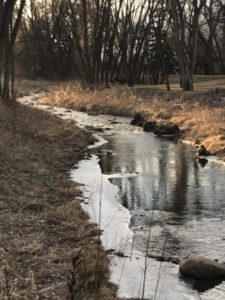 There are junctures in a human life, transitional times when we’re thrust over a cliff and asked to navigate the jagged rocks that jut up from the ravine below. Ideally, the culture itself would help us navigate these junctures: encircle a couple as they marry, hold the woman as she births herself as a mother, guide the man as he becomes a father, lay out a canopy of wisdom-stories to wrap around ourselves as we stumble through the great portal of midlife, offer reverence and footholds of meaning as we lean into old age.

Sadly, we live in a culture that offers very little support and guidance through these portals, and nowhere is this more apparent for many of my clients than around the transition of growing up. For it’s here, during a juncture that encompasses so many other transitions around career, home, relationship, and parenthood, that we’re asked to let go of childhood fantasies and contracts that are no longer serving us and figure out what it means to be a full-fledged adult.

The transition of becoming an adult doesn’t happen all at once. We could say, in fact, that we are continually growing up as we deepen into wisdom throughout the course of a human life. But there are portals when we’re invited to step more deeply into our own agency and wisdom, when the prospect of assuming the next layer of responsibility looms large in our daily and nightly awareness. Adolescence, late 20s – early 30s, and midlife are three of these times that I see most prominently in my work.

With the invitation to grow comes resistance; it’s par for the course. For whenever we’re asked to leave behind a familiar stage, we tend to kick and cling, resisting the unknown. Joseph Campbell brought the term “hero’s journey” to collective consciousness (he was a primary consultant on Star Wars, which depicts this mythological journey in epic terms), by which he meant the stages in life when we’re called to leave the known and venture into the unknown. Carl Jung used the term “individuation” to describe a similar principle: the passages and processes through which we question the family and cultural values and norms with which we’ve been raised and decide for ourselves who we are, what values we choose as guiding principles of our lives, and what it means to take full responsibility for our lives.

And this is where resistance shows up irregardless of chronological age.

This topic has been emerging on my small group coaching calls over the past few weeks. I found it fascinating that the conversation centered around parents and the archetypal sense that if the adult-child grows up it means they’re leaving their parents behind in some way. One member described it eloquently like this:

“If I grow up, my parents will die. But if I refuse to grow up and become an adult – if I kick and scream and resist – maybe my parents won’t die. It’s this magical thinking of the young child in me that believes that I can stop time – that by refusing to grow up I can stop the passage of time.”

I reflected that this pain around parents aging often arises during transitions, for it’s during this times that we’re aware that as we move up the totem pole of life, so do our parents, and that it’s only a matter of time before they’re no longer on the totem pole of the living at all. The young child part wants to believe that by refusing the call, it will halt time.

But of course it cannot be so.

I further reflected that we often develop early, unconscious contracts in childhood that say something like, “I won’t surpass you in emotional and spiritual growth. I will always remain young so that you can feel like the older and wiser parent in our relationship.” This contract is particularly pronounced when a parent has narcissistic wounds. Embedded in this contract there is often an unconscious message download from the narcissistic parent that says, “I don’t want you to grow up.” A highly sensitive empath will sense into this contract, and it may be another spoke on the wheel of resisting growing up.

The resistance to growing up can also arise as a longing for childhood. We can long both for the childhood we didn’t have and for the one that we did. We can long for the parents who took care of us as well as for parents who couldn’t meet our emotional, spiritual, or physical needs. As you stand at the precipice of the next stage of responsibility, you can ask: “In what area am I refusing the call and hoping that someone else will come and rescue me?” There is wisdom in longing just as there is in anxiety, and when we follow the breadcrumbs of longing and allow ourselves to grieve both what was present and what was missing, we loosen some of the boulders that obstruct our transition into the next stage of life.

What does it take to become a grown up?

As always, there are multiple spokes to the wheel and they’re different for everyone, but we have to be able to unlock the code of resistance before we can dissect our personal wheel. First we ground the resistance in the context of transitions, understanding that to resist, especially during transitions, is a natural response. Then we remember that without a greater cultural conversation and ritual holding the transition into adulthood can be a very lonely time and shame is often a close cousin to loneliness. Once shame enters the internal picture, curiosity and compassion, the two essential allies on the journey of self-discovery and healing, flee the forest. This is why I’m opening up the conversation here: when you know that you’re not alone, you can reduce the shame, then call on the allies of curiosity and compassion as you delve into your personal fears and griefs about growing up.

Are you in this transition currently or do you remember what it was like for you to cross over into adulthood? Share your experience in the comments below.