What to Do When Your Partner Makes You Flinch 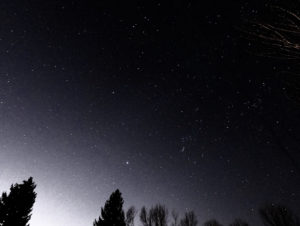 When I was a teenager, I wanted nothing more than to have a boyfriend. Like most teenagers, I was raised on a steady diet of romantic love informed by books like Sweet Valley High and movies like Sixteen Candles. Oh, how I longed for a boy who would walk through the school hallways with me with our hands in each other’s back pockets, who would take me to the beach at sunset, who would talk on the phone with me for hours each night! But every time a nice, available boy would take me out on a date and try to kiss me, I was repulsed. In a nano-second, all attraction, longing, and fantasy shattered.

As it turns out, I didn’t want the nice boys.

I was already wired by mainstream culture to seek the chase, the unavailable, the bad boy, which meant my desire was linked to longing. I dreamed and fantasized for weeks or years about a boy only to turn away once he was interested. Pop culture messaging combined with my early history primed me to reject safe love. There was simply nothing in my system that recognized healthy love as love.

Of course, I wasn’t alone; this is a theme I hear about daily in my work with clients, for we were all bred on a steady Hollywood diet of the impossible romantic ideal. Whether it was romance novels, music, billboards, magazines, television, or films, we all ingested the same distorted messages about love, attraction, romance, and sex. I’ve enumerated those messages in several other posts, but the basic gist is: When you meet The One, you’ll know (and that there is a “One” at all); love and sex should be effortless; and if you feel turned off, irritated, not attracted, or repulsed, you’re definitely with the wrong person.

If you tell most people that you flinch when your partner moves toward you either physically or emotionally they will likely say (or think) that you’re with the wrong person. Yet, what those of us who are steeped in real love know is that irritation and repulsion are defenses against intimacy. In fact, it is often only in the presence of real love that irritation, lack of attraction, and recoiling will appear.

These are common, yet not exhaustive, times that the recoil defense shows up:

• When your partner expresses love verbally

• When your partner reaches for physical connection

• When your partner makes a sexual bid

• When your partner cries or is emotionally vulnerable

Why would you pull away from a loving partner?

Why would you recoil from safe and healthy touch? Why would you put someone who is available and loving under a microscope? In addition to being conditioned to equate love with longing and arousal with unavailability, these are some of the reasons why you might recoil when an available partner makes a bid for connection:

• You grew up with an invasive parent who violated your boundaries physically, emotionally, sexually, or psychologically.

• You’ve been hurt in relationships with friends, siblings, and/or ex-partners which caused you to form the belief that love isn’t safe and people are not to be trusted.

• You’re overwhelmed by your life (young kids, work, finances) and haven’t found or taken the time to fill your well of Self.

But there is an antidote to the knee-jerk flinch response. There are Love Laws and Loving actions that, when learned and practiced, help you to rewire the faulty equations so that you can move toward healthy love and recognize true attraction. The laws are essential to learn, and the actions are how we rewire. For love is action, and action is to fear like water is to fire. One of the most powerful actions we can take when we want to retreat is to move in the other direction. This means that when you want to turn away, you turn toward; when you want to give into the flinch, you move through the flinch into affection. When you move toward fear instead of give in to the impulse to recoil, you reduce its power and, over time, you rewire the defensive response that is causing you to flinch.

As I often say, none of this is fast or easy work. Just because I give you a 30-day roadmap for rewiring that doesn’t mean that at the end of thirty days you’ll run into your partners arms every time they approach you for connection. But it’s through these micro-moments that we can slowly and consistently rewire our habitual and protective response from one of recoil to one of neutrality and eventually to one of delicious loving.

By the way, my husband is now the teenage boyfriend I never had.

It took me many years, but finally I was able to receive him when he approached me instead of flinching. That’s not to say I don’t still flinch at times, especially if I’m hormonal or exhausted, but for the most part I’ve been able to rewire the neurons that used to read love as danger into receptors that interpret healthy love as safety and romance. As the now-famous Rumi quote goes: “The wound is the place where the light enters you.” Where we are most wounded is where we have the greatest capacity for healing, and the depth of the wound is in direct proportion to the intensity and breadth of the light. Where I used to flinch, I now rejoice.

Are you ready to heal? Are you ready to receive the roadmap that will allow you to give and receive real love, to help you soften the fear-walls and ease the vigilance of the protectors? If so, please join for my sixteenth round of Open Your Heart: A 30-day course to feel more love and attraction for your partner. This is the last week to join and I won’t be offering it live for another year. I look forward to meeting you there.