When Fear Washes In: Health Anxiety and Death Anxiety 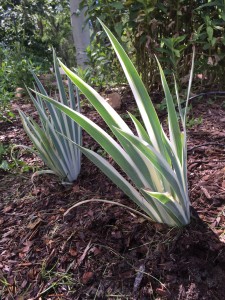 Fear is a part of life. Sometimes we can keep it at bay, but eventually, with certainty, it will creep in like a red tide on an otherwise calm beach. We try to run, but it’s faster than we are. We try to hide but it discovers all of our hiding places. Eventually we realize that the only way to effectively work with fear is to turn around and face it and to cultivate practices that push it back out to sea where it’s reabsorbed in the great vastness of those bigger waters.

Fear can show up in many ways, with many faces. We fear for our children’s health. We fear that we’re in the wrong relationship. We fear that the strange lump we’ve just discovered is cancer. I can’t tell you how many of my clients struggle with health anxiety on a regular basis. “Every time my throat hurts I think it’s cancer,” one tells me. “Every time I feel pressure in my lower abdomen I think I have ovarian cancer,” another shares. The more sensitive you are, the more prone to anxiety you will likely be, and the more attuned you will feel to every slight nuanced change in your body. This is the blessing and the challenge of being a highly sensitive person.

If we’re going to learn how to stop being pulled around by fear’s ever-changing tactics, we must learn to develop a solid place inside that can bolster us against the shifting tides of fear. We must learn to turn deeply inward, to silence the parade of fear-chatter that can easily dominate, and to connect with a greater source. This requires time and practice, which are hard to come by in an increasingly fast and impatient culture. We want what we want when we want it. We want fear to release its grip but we don’t want to do what it takes to allow that to happen more frequently and easily.

All time-honored traditions teach practices for cultivating a strong inner core. The Jewish mystical tradition of Kabbalah talks about the central inner column. The Christian contemplative tradition teaches Centering Prayer. Buddhism teaches meditation as a way to develop an unwavering anchor point that can tolerate the shifting tides of time.

The metaphor I often use is the Well of Self. When we can tap into a source that allows us to fill this well with clear, effervescent water, we feel clear, strong, and confident inside. We’re able to make decisions and trust our decisions. And, perhaps most importantly, we’re able to turn inward into this essential resting place and find the center point when fear washes in. It’s this center point that allows us to find anchor when the waves of uncertainty that define this life wash in. When the well is full, when the central column is solid, when the mind is clear, we can handle the tides of life. A brush with death – whether real or imagined – might rock us to our core, but we can recover and ultimately find the place inside where we know beyond knowing that everything is okay.

I’ve stated many times on this blog and in my courses that at the core of most intrusive thoughts, including those centered on relationship anxiety and health anxiety, is the need for certainty. And embedded inside the need for certainty is the fear of loss and death. The more sensitive you are, the more aware you are of your fragility as a human being, and the more aware of your fragility you are, the more you will fear death. We know in the place behind knowing that death exists. We know that life can change in an instant. How the ego clings to the illusions of certainty, including alluring vines of intrusive thoughts, as a way to avoid facing the inescapable truth that death exists!

In my experience, there’s only one thing that cuts through the fear that tries to convince us that we’re not safe and we’re going to die and instead roots us in a body-knowing of our inherent okayness: a spiritual practice of some sort. This may be a traditional religious practice of connecting to God, it could be a Nature practice, it may be a somatic/dance practice, it could be working with your dreams (which are direct communications from the unconscious). Most people know when they’re dropped into the realm beyond this five-senses realm and tapped into a greater Source. They know it from the palpable downshift that occurs in their breath and being. They know it from the sense of calm and wellness that rise up, as if roots now extend from the soles of their feet and their upturned arms have turned to branches of light. We’re tapped in, dropped down, and unraveled in the best possible way.

There have been a few times over the past many years that I’ve struggled with my own fear of death. One occurred about ten years ago when I suffered through a winter of eco-anxiety. Month after month I struggled with intrusive images of a dying planet, one where my children wouldn’t be able to survive. What’s always fascinating about fear is that it follows the principle of like-attracts-like and, thus, gravitates toward itself. What I mean is that when you’re stuck in a fear-pit the mind will seek out evidence to support your fear. It’s like a woman who longs to get pregnant and all she sees are pregnant women everywhere she turns. When I was neck-deep in the eco-anxiety, everything I read and saw supported my fear that our planet was doomed for destruction. I also fell prey to the habits that I guide my clients away from every day, especially reassurance-seeking. Countless times I asked my husband, “Do you think it’s going to be okay?” An optimist at heart (although firmly grounded in realism), he would always say yes. I could take in his reassurance for a few hours, but inevitably I would stumble upon something that would support the other side, and my stomach would lurch all over again.

The turnaround happened for me when I consciously oriented toward a mindset of hope. That didn’t meant that I buried my head in the sand and ignored the fact that our planet is suffering. It simply meant that I recognized that I had a choice: to focus on doom and despair or to focus on hope and action. And as I focused on hope, I was able to reconnect to my bigger faith in renewal, healing, and wholeness. The less focus I placed on the fear, the quieter the voices became. The more I stepped into the circle of faith, the bigger it grew. This interview, while conducted a few years after my own anxiety had passed through, speaks to the anxiety I was experiencing at that time.

The other times I’ve struggled with health anxiety centers around my kids. I don’t think it’s possible to be a mother without worrying about your children, but if the worry snowballs into an avalanche, you’re in trouble. When I do find myself worrying excessively about one of them, I practice the steps that I teach in this post.

Keep in mind that when the ego lets go and you make a choice to stop worrying and instead hand over the reins to Life (since that’s where they are anyway), you will probably feel like you’re free falling. That’s when it’s essential to replace the negative habit of worry with a positive faith and prayer practice. For it’s only when you let go of worry can you align yourself with the flow of life and open the space for something wiser and kinder to enter.

Here’s my three step approach for replacing the negative habit of worry with faith and serenity:

Notice where it manifests in your body and place your hands on that part of you. Imagine the two most loving hands in the world covering your hands as you bring a moment of compassion to your fearful place. Also remind yourself that worry is not a character default but a consequence of your profound caring and love gone awry. Had you learned to channel your care toward faith early in life you wouldn’t have developed the worry habit. Bring compassion to your worry, reminding yourself that it’s a morphed manifestation love.

Together with the imaginary hands resting in your hands, see yourself gathering up the worry like a cloud and tossing it into the air. If you’re in a place where you can literally throw your hands and arms into the sky, even better.

Say a prayer or words of release. The prayer that I like is, “Please help open to whatever is in my highest good.” I may also pray for a desired outcome like, “Please keep my kids safe while they’re playing on the icy creek,” but I recognize that my prayer doesn’t necessarily effect the outcome any more than worry does. Still, when we align ourselves with faith and spirit instead of fear and control we’re raising our frequency and creating a healthier internal environment where serenity can breathe.

Whether it’s relationship anxiety, health anxiety, death anxiety, or intrusive thoughts of any kind, the more you can carve out space and time to cultivate your own practice, the more successful you will be at riding the tides of life that are crested with uncertainty yet powered by love.