Wonder Twins Please Rescue Me From This One Pain 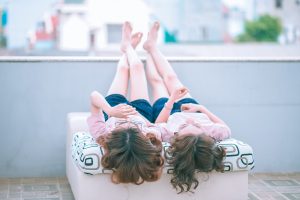 When I was seven years old, my favorite Justice League superheroes were the Wonder Twins. I loved that their magic rings would activate their superpowers. I loved that one shining moment when they locked rings and were transformed into their magical animal and water selves. And I loved that they always had each other.

These archetypal figures – superheroes, characters in fairy tales and myths, even Hollywood actors – speak to aspects of psyche that we long to integrate into ourselves. As a young child I had no idea what longing was activated while watching the Wonder Twins. In fact, I haven’t thought about them in decades, and it’s only now, forty years later, after a week of listening closely to my clients and course members talk about their longing for a partner or friend so perfect in their ability to attune to their every feeling and need that they could rescue them from their fundamental human loneliness, that I understand my attraction to these superheroes. It’s the same yearning that was activated when I watched the documentary Twinsters last year and wondered what it would be like to suddenly discover that I had a long lost twin out in the world somewhere. When the film ended, I wept from a longing so deep inside of me I didn’t even know it existed.

I’ll share an example of how this raw area of the human psyche arose this week in my work with clients (*as always, when I share excerpts from sessions I do so with permission). A member of one of my phone groups shared that, while she’s happily married and completely smitten with her young daughter, she still flies off into fantasies about a different life with a different partner. This is someone who has been engaged in my work for years and was able to break free from enough of her relationship anxiety to move forward with her marriage. She loves her husband deeply and is fully committed to the marriage, but was feeling troubled that even after all these years she’s still struggling with these flights of fantasy that land her in the arms of another man. We explored this in the group:

“Let’s backtrack and rewind to the moment that the intrusive fantasy hit,” I suggested. “What was happening just before that?”

“My husband and I were having a discussion and we weren’t seeing eye-to-eye about something. It wasn’t a major issue, but I didn’t like that he wasn’t seeing it my way,” she shared. “And then I went into the fantasy. I thought, ‘Maybe this other guy would see it the way I see it.'”

“And what feeling were you trying to avoid by going into the fantasy? In other words, what does it feel like when you and your husband see things differently?” I asked.

“It feels lonely, I guess. I want him to see things the way I see them. Maybe I feel scared when we don’t see eye-to-eye.”

“So instead of letting yourself feel that loneliness – which is very painful to feel – you fly into the fantasy?”

“Yes, I think that’s it. Why is it so painful to feel that feeling?” she asked.

I shared that we all enter marriage with an unconscious hope that our partner will fill in the missing pieces. We imagine that this perfect other will be like a nectar, pouring themselves into all of our empty places and vacant holes. For some people, once they realize that perfect twinship isn’t going to happen in their marriage, they project their longing onto the hope for a perfect friend. Again, we’re sold the bill of goods that such a person exists, and we only have to wait for this prince or princess to arrive and our lonely holes will be filled with golden nectar.

There is no escape hatch from the fundamental loneliness of being human. There is a place inside that cannot be met by another human being. We are separate by design, and if it were meant to be otherwise we would have evolved differently. This means that there isn’t a friend or a partner in the world who can rescue you from the awareness that you are the only one that lives in your body and sees the world through your eyes. There isn’t anyone on the planet, not even a genetically identical twin, who can rescue you from this aspect of being human.

When we know this truth, we can stop projecting the longing onto a partner or friend and instead accept the limitations in our relationships while learning to tend to the true loneliness at the root. This means accepting that people will misunderstand you frequently. It means you and your partner won’t always see eye-to-eye. It means it’s okay to argue; it doesn’t mean you’ve picked badly. It’s okay when someone misunderstands; it doesn’t mean they don’t love you. It means you can tolerate imperfect communications with friends and you can allow them the grace of failing to attune to you. And, ultimately, it means befriending loneliness until you no longer experience it as loneliness, for when we wrap ourselves around the feeling and become our own golden nectar, the feeling that we believe we can’t tolerate will eventually, miraculously, become a friend.