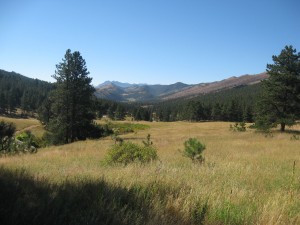 On a heavenly hike with my Boulder Lisa a few days ago, I downloaded what’s been going on with Everest lately regarding his sensitivity to loss and death. I was telling her about his sadness at seeing a neighborhood cat catch a mouse for lunch and how I tried to explain to him that there’s a balance in nature and that even though it’s painful to see the mouse die, Buddy (the cat) needs that mouse in order to live. Lisa has a wonderful gift of succinctly stating what needs to be communicated, and she said, “Some things have to die in order for other things to live.” Not only does that summarize in a clean and clear statement what Everest is grappling with but it also summarizes my work with transitions.

Lisa and I talked at length about what’s happening with Everest. She also said, “Maybe there’s nothing to do but just witness him. If he sees that you’re not scared of what’s happening, he’ll learn not to be scared as well. We’ve all seen the power of what can happen when someone is simply but fully witnessed.” I realized later that there has been a part of me that’s been scared of his fear. From my own anxiety I’ve been wanting to fix him or change him and have been tirelessly searching for answers that might help him. While my desire to relieve his suffering is understandable, when I approach it from a place of anxiety he will feel it and it will fuel his own anxiety. When Lisa suggested to simply witness, I felt a huge weight lifted off my shoulders.

I have the tools to help Everest and I’m helping to use them each day and night. We’re reading and talking about concepts that might help him and I’m teaching him how to use his breath to move through his difficult feelings. After my hike with Lisa, my own perfectionist took a hike and I remembered that this is just a stage for Everest. It’s not the defining event of his life. It’s just a time where he’s peering into an abyss of fear and trying to figure out what death and life mean. They’re big and scary questions, but there’s no real problem here. Tonight when we laid down for bed, I almost hoped his fears would come. I wasn’t scared of them anymore and, interestingly and I’m sure without coincidence, the fears didn’t show up.

Simultaneously, my husband sent me an email last night on his thoughts about what’s happening for Everest. He so beautifully and thoughtfully wrote:

I had a thought about Everest tonight and itchy eyes [when something makes Everest sad he says it makes his eyes itchy] while listening to an episode of House that I’ve seen countless times late at night working: a man was on a respirator and died. I’ve seen it before but while working it was only in my peripheral attention, but the sound of the flat-line penetrated someplace and I felt that old pang of deep sorrow that I felt when my dad died while on life support. It was momentary but it made me think of how deep my grief was and how it changed so many things in my life for years to come. It made me remember how at 18 and for some years I was incapable of being exposed to anything even close to that.

That made me think of Everest’s itchy eyes, and I wondered if his itchy eyes and awakening has something to do with Mocha’s death.

The thing is my dad’s death made me intensely sensitive to everything at 18. I would go watch a movie with friends in college and have to walk out because it was violent, bloody, or cut too close to home, any of those reasons.

It hasn’t been that long since Mocha died, and it happened at a time when children start to understand mortality and start to have anxiety about losing their parents to death.

I just wonder if this all goes back that and if there is a way we can help him grieve that loss more.

Or maybe on the flip side, we need to get a kitten and let her be reincarnated as we promised, and maybe that is what is troubling him, that we promised that, and haven’t delivered and it could cause some unspoken and misunderstood loss, anxiety and fear.

I talked about Daev’s email with Lisa as well, and it occurred to me that we, as Everest’s parents, dropped the ball in failing to deliver on our promise. We had talked at length with Everest before Mocha died about the idea of reincarnation and how Mocha wasn’t really dying but changing forms. We talked about how much fun it would be to see Mocha in her new kitten body, free of the horrible illness that took her life. But as the weeks passed following Mocha’s death Daev noticed that the allergies and asthma that he’s suffered with for the last ten years of being a cat owner had disappeared. For the first time in his adult life he’s off medication completely. It became increasingly clear that we simply couldn’t get another cat. Of course we explained all of this to Everest, but we’re wondering now if part of his over-focus on death and loss lately is a result of not seeing the new life that we promised he would see. Was the grief process truncated because Mocha the kitten was never reborn?

Our small but loving circle of mentors in Everest’s life are meditating on what’s happening for him, and through our conversations we’ll find ways to make sense of this and help him through. Is it possible that Everest has been drifting in an endless liminal zone, left unmoored by his parents’ failure to keep their promise? Is it possible that if the death-liminal-rebirth process finds completion with a new pet he’ll settle back into himself and his fear of death will abate?

The past week, ever since seeing his cousin’s goldfish, he’s been asking incessantly for a fish. We’ve also been reading a wonderful book called “The Fish King’s Power of Truth” about an incarnation of the Buddha as a fish. If the Buddha reincarnates as a fish, couldn’t Mocha?

Today we’ll buy a fish. And Everest already has a name for her (I’m sure you can guess what it is). Will his nighttime fears and daytime sorrow diminish after his new pet arrives? Already, as I write, his spirits are lifted as he talks about Mocha’s impending arrival. If you followed the story of Mocha’s death, you might remember that Everest developed an entire mythology for Mocha where she traveled to the kitten crane (the biggest thing in the universe) to wait until she was ready for her next body. While on the kitten crane, she met her own kittens – Ruth and Jumbo Jet – who pilot the kitten crane. Now that we know Mocha will come home today as a fish, Everest is immersed in narrating her journey back to Earth. “She just came through Earth’s atmosphere,” he announces. And then, “Now she’s past the trees. She’s a fish now! She’s at the pet store waiting for us!” We’ll see what kinds of long-term affects the new member of our family will have.