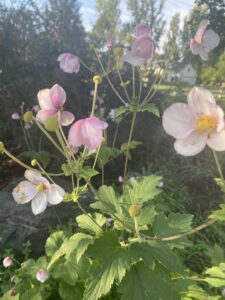 One of the greatest challenges of being a highly sensitive person is NOT the sensitivity itself (which is a gift) but in how your sensitivity was responded to growing up – and even now, as an adult. As I’ve listened to the stories of my highly sensitive clients and course members over the years, it’s quite clear that the secondary layer of shame that grows as a result of the statements we hear explicitly and receive implicitly is significantly more painful than the core temperament of sensitivity.

Let’s elucidate and unpack the top shaming statements that highly sensitive people often hear, and also include the truth about these statements.

As you child, you may have heard this from parents or other adults when you would express painful emotions – or any emotion other than happiness. While a typically wired kid or sibling may have been able to brush off a hurtful comment, for example, for you that comment felt like a knife and you collapsed into tears.

You may have also heard/absorbed this comment when you strived to do well in school or other activities. Perhaps you were competitive by nature and didn’t take losing very well. Perhaps you tried to be an excellent student and you heard this comment from other kids as they observed your drive and determination.

Personally, I love intense people, but of course the statement “you’re so intense” was said with judgement; the barbs would have been felt acutely and added to the belief that there’s something wrong with you.

Here’s the truth about what being “intense” really means:

You’re passionate.
You’re engaged with life.
You care deeply about things.
You’re determined.
You’re focused.
You feel deeply.
Can you take that in?

The second statement that HSPs often heard growing up (and may still hear) is: “You think too much”. While HSPs can certainly be prone to ruminating, which doesn’t serve a positive function, we also grapple with deep questions early in life like, “Why are we here?” and “How vast is the universe?” and “What happens when you die?”

The sub-message to this statement is: There’s something wrong with your brain. But the truth is that when someone says “you think too much” what they really mean is, “I’m uncomfortable with your big, deep, and complicated thoughts and your unanswerable questions that I don’t have answers to.”

And the deep, down, bottom-line truth is this: Your brain is a magnificent, fascinating place. Yes, it can cause suffering when it gets stuck on the hamster-wheel of rumination, but the flip side of this same coin is your capacity to drill deeply into the complexities and mysteries of life. I love my clients’ brains. I love the way they think. I love they way they ponder. And, yes, I’m fascinated by the way their brains get stuck, for it’s through bringing compassion to the stuck places that I can help them find their way through the labyrinth of being a wonderfully complicated, highly sensitive human.

The sub-message of “calm down” is, “Your emotions are too much” – which can easily be translated in the shame-mind as, “You’re too much.” And if the person saying this could express the underbelly truth they would say, “I’m uncomfortable with big emotions.”

Because, of course, it was never about you. You are NOT too much. It was about the other person’s incapacity to tolerate their own big emotions and so they attempt to shut down yours.

Like “you’re so intense”, the sub-message in this statement is, “You’re too serious. Lighten up. Why can’t you laugh it off like everyone else around you?” Highly sensitive people don’t find jokes with hidden barbs, including sarcasm at your expense, funny. We know when there’s a barb (everyone knows it), and we’re not going to laugh it off. Highly sensitive people are usually straight-shooters, which means we don’t take kindly to an indirect communication, including someone trying to tell us something painful in the guise of a joke.

The truth here is that many people don’t know how to communication uncomfortable thoughts and feelings directly so they fold them into a “joke.” I have countless painful childhood memoirs of someone making a joke at my expense, me crying or getting upset, and the person saying, “Why can’t you take a joke?” If I could time travel back to my young self in those moments I would wrap my arms around her and say to the other person, “Oh, she can absolutely laugh at jokes, but not when it’s not a joke at a all but a passive-aggressive attempts at communicating something mean.”

What would you say in response to any of these statements if you could time travel back to your young self?

What other shaming statements have you heard and absorbed throughout your life?