Are you Ready to Reclaim Your Sacred Sexuality? The Time is Now. 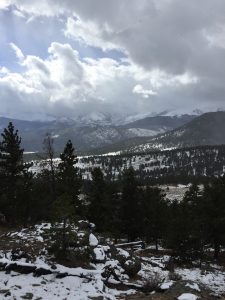 With the exposure of sexual assault, abuse, and violation in this country in the last couple of years, there can be no doubt that our culture suffers from profound sexual dysfunction and illness. Many of us, especially women, have been privately aware of the toxicity for a long time and we now know publicly that there’s hardly a woman in America who hasn’t suffered from some sort of sexual assault, but it seems to take a revelation of this magnitude for the awareness to rise up from the underworld of whispered stories and reach the collective consciousness.

What we’re seeing in the media is the opposite of sacred sexuality. We’re seeing a sexuality based on power, lies, and cruelty, a sexuality that treats women like objects and uses sex to achieve domination. Sexuality isn’t the only sphere where the domination model shows up; we’ve lived in a world that is predicated on competition instead of cooperation for thousands of years, which fundamentally means that we live in a world that denigrates the feminine principle – the paradigm of relationship and cooperation over power and competition – at every turn. And nowhere do we see this more clearly and painfully than in the realm of sexuality. We’re brainwashed from the time we’re old enough to absorb information with the message that sex is power, and that one’s sexual worth is defined by one’s desirability. Sex sells, and non-sacred sexuality is everywhere.

What we need now is a revolution of our model of love and sexuality, one that places the feminine archetype of respect, trust, safety, and connection at the helm. Part of the problem is that we’ve been so conditioned in the current model that we, as a culture, have no idea what sacred sexuality means. How can we change a system when we have no idea where we’re going? When I first ran my Sacred Sexuality course in June 2017, a participant on the first week’s phone call said in response to the suggestion to abstain from the mainstream media’s portrayal of sexuality, both pornography and otherwise,”Abstaining from pornography is easy, but to abstain from absorbing a negative portrayal of sexuality means I would have to stop watching all television, movies, etc. It’s so clear that unhealthy sexuality is everywhere. A sacredness to sexuality has never been modeled, and I’m not even sure I know what that means. What exactly is sacred sexuality?” It was a brave and honest question, and one that needs to be answered now more than ever.

Nobody wins under the current paradigm. Even though men are more often the perpetrators, the monstrous actions that have been exposed indicate that they’re suffering from their own profound character defects and sexual woundedness. To name this isn’t to excuse it, but it’s important to understand that these horrific actions are an outgrowth and symptom of a model that permeates most of the modern world. And as horrified as women are by the information, many men are equally horrified. In fact, all of the good men I know not only feel disgusted by the revelations but they also feel ashamed of their sex. Abusers are an affront and a violation to all people.

But it’s women who are leading the way in many realms at this point in history, and it’s women who will turn the tide around our sexuality. If we’re to teach our partners – whether male or female – what it means to make love to us, we need to know what it means to make love to ourselves first. We need to be willing to decode our early imprints around the first faint emergence of our sexuality, from our changing bodies to our menstrual cycle, so that we can name and identify the beliefs we absorbed. We need to examine the ways in which we denigrate and objectify our own bodies and how we’ve fallen prey to the externalized model the culture propagates. We need to fearlessly dive into every realm of our shame so that we can heal it from the core and emerge as the vibrant, luminous beings that we are.

This is tender territory, to say the least. As I’ll be sharing next week, I’ve been nothing short of stunned and shimmeringly inspired by the courage of the women on every round of Sacred Sexuality to tell their stories, to share their experiences of both covert and overt abuse, to break the veiled silence of shame. It was as if they had been waiting their entire lives to write their stories and find healing and support in the safe, virtual community of the course. It’s as they had been waiting their entire lives to shed the pain and take the next step into the fullness of their being.

Are you ready to heal from body shame and unearth the sexual desire that is waiting to alight? If so, take my hand and let’s begin. The next live round of Sacred Sexuality will begin on Saturday, January 15, 2022, and I only lead this course live once a year. You can sign up here and I look forward to meeting you there.

Here are the call times for the 2022 live round. Keep in mind that all calls are recorded and only about 1/4 of the participants are able to join the live calls, so if  you can’t join the call you can listen to the recording afterward. You’ll also be able to receive support on the forum: