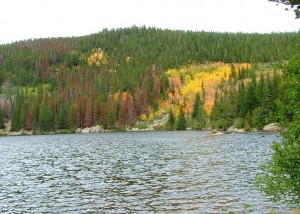 Originally published on Rhythm of the Home Magazine in September 2010.

“The crickets felt it was their duty to warn everybody that summertime cannot last forever. Even on the most beautiful days in the whole year – the days when summer is changing into fall – the crickets spread the rumor of sadness and change.

“Everybody heard the song of the crickets. Avery and Fern Arable heard it as they walked the dusty road. They knew that school would soon begin again. The young geese heard it and knew that they would never be little goslings again. Charlotte heard it and knew she hadn’t much time left. Mrs. Zuckerman, at work in the kitchen, heard the crickets, and a sadness came over her, too. ‘Another summer gone,’ she sighed. Lurvy, at work building a crate for Wilbur, heard the song and knew it was time to dig for potatoes.

We’ve all experienced that moment when the scent or feeling of fall arrives on a summer breeze. The air may still be hot with summer’s breath, but the winds of change signal that a new season is arriving. Actually, although summer officially begins on June 21st, the equinox marks the shift where the days of increasing light turn to days of diminishing light, creating the paradox that characterizes all transitions: just as we are expanding into summer’s fullness we’re simultaneously contracting into the shorter days that will reach a decrescendo when autumn hands the baton to winter. In this sense, autumn has been breathing inside summer’s aliveness all along.

Autumn is the quintessential season to illustrate the key features of transitions. Where winter is the season of reflection, spring the season of rebirth, and summer the season of celebration, autumn is the time when we align with the action of nature and ask ourselves the central question of any life transition, “What is it that I need to let go of?” Perhaps it’s your habitual thoughts of worry or anxiety; perhaps it’s your tendency to nit-pick or criticize your partner; perhaps it’s getting angry at your kids; perhaps it’s the inner critic, the voice that’s constantly telling you that you’re not a good enough wife or mother or person. Whatever it is can be blown down to the ground alongside autumn’s leaves and decompose into the earth when we choose to consciously focus on that which needs to be released.

Autumn is also the time when memory often floods your emotional body. As your kids leave for the first day of school, you may remember those early school days from your own childhood. Whether the memories are positive or negative, you’ll find yourself pausing for a moment, as Mrs. Zuckerman did, in the bittersweet realm of nostalgia where you become exquisitely aware of the passage of time. Another summer over, another school year beginning, another autumn at your doorstep. If the memory is positive, you might dwell for a few moments in the happy feelings. If the memory is painful, it’s an opportunity to allow the feelings to swell up inside you until they bubble into a tears and notice how they roll down your cheeks like the leaves dropping outside.

As we notice ourselves, so we notice our children and observe what aspects of themselves they’re naturally shedding. Children are constantly in transition, and when we understand them through this lens, we can facilitate their seasons of change and growth more gracefully. Perhaps your child is getting ready to start middle school. Perhaps you’ve just moved to a new town and you’re helping your kids adjust to the multitude of losses and new beginnings that surround them. Perhaps your baby is turning into a toddler and learning to assert her own voice. Perhaps there are negative habits or attitudes that your child is trying, in his childlike way, to release. Again, when you align yourself with the action of this season, you will find creative ways to help your kids release the old habit, identity, or lifestyle and guide them as they become accustomed to their new role.

I’ve been watching my older son, Everest, grow into his big boy self over the past six months. In a few weeks, he’ll turn six, and as he approaches this significant milestone he’s been shedding aspects of his little boy self. On the summer solstice we enacted a family ritual where we each wrote down onto leaves things we wanted to release, then threw the leaves into the creek to be transformed by the fairies of the solstice into positive attributes. Encourage by my husband and me, Everest wrote down that he wanted to let go of his habitual whining. Perhaps it’s because we’ve given it our attention or perhaps some magic does occur during rituals, but whatever the reasons the whining has decreased significantly. On the autumn equinox, we’ll enact another ritual and ask for help letting go of the same habits.

In William Bridges’ beautiful book, The Way of Transition: Embracing Life’s Most Difficult Moments, he writes, “Since a loss is best seen as the cue that it is time to let go of the inner thing, one of the first things a person in transition needs to ask is: ‘What is it time for me to let go of?’” As the leaves change color and fall, as you sit in front of a crackling fire, as you watch the golden late afternoon sunlight cast itself across the yard, ask yourself, “What is it time for me to let go of?” And when the answer appears, throw it into the leaves and the fire and the sunlight and ask for autumn’s aid to help you let go.