Mary Oliver Says You Do Not Have to be Good… But Do You? 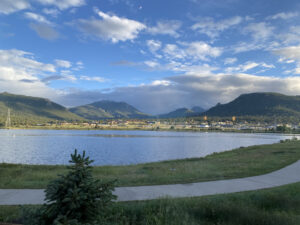 What does this line from Mary Oliver’s poem evoke for you? When Victoria and I brought it into our last Patreon Zoom gathering, it led us into a rich and multi-textured discussion about goodness and perfection, which we then explore more deeply in our recent Gathering Gold episode.

We consider questions like: What if being “good” has been a key part of our identity for years? What does it mean to not be good? Is it an excuse to be selfish?

And what does it mean to “let the soft animal of your body love what it loves”? What might that have to do with self-trust and finding our own voice?

…And what if we are the wild geese?

All this, and much more, in today’s episode, which you can find here. You can also find it here on Apple Podcasts.

As always, we look forward to hearing where this episode lands with you. Thank you for listening ❤️🙏🏽.