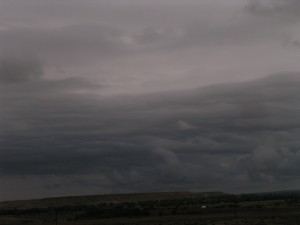 If you live in the Western Hemisphere, you’ve just walked over the line of the Winter Solstice. The days of diminishing light have bellied over into days of increasing light, and while this might give a ray of hope to those taken down into the muck of winter’s darkness, we still know that we have months to go before spring blows her first warm breath through the bare limbs of the trees. Spring sleeps like a bear in her cave; it’s time to witness another season at play.

Winter is the season of introspection. It’s a quiet season when we’re called to curl up into the dark places of the soul and sit with the runes of discovery. We won’t emerge with the fully developed runes until spring; now is the time to simply sit in the stillness and silence and ponder, without judgement or conclusions, the seeds we find there. Now is the time to allow for endless days of nothingness. It’s not often romantic and it’s not always fun. But it’s important work, if we can allow it. As winter hunkers down into her fallow time, so we follow suit and turn inward, conserving physical and psychic energy. We could say it’s a time for a natural depression.

We talk about having “a good cry”, but I’ve rarely, if ever, heard someone say that they’re in “a good depression.” The word carries negative connotations and implies that there’s something pathologically wrong. Certainly there are times when depression is caused by dysfunctional factors (negative thinking, hormonal or chemical imbalances, latent psychological issues that need attention), but there’s a brand of depression that is a natural part of life, a function of the ebb and flow of the inner world, a healthy response to change. Psychologist F.F. Flach describes it this way:

“Change of any kind, if it touches something or someone of importance to the individual, is usually met with depression. The process of growing up and growing older involves a series of changes; every transitional phase of life, from childhood to marriage to old age, requires some degree of giving up, of letting go. In order to move successfully from one phase to the next, a person must be able to experience depression in a direct and meaningful way.”

What does this mean exactly – “to experience depression in a direct and meaningful way”? To me, it means being able to sink down into the gritty and unpleasant muck of depression. It means accepting the unglamorous reality of life’s blah times. It means remembering, as my soul sister Carrie recently quoted poet David Whyte in her blog as saying, “There is no way of being fully human without at times being fully stuck or even completely absent; we are simply not made that way.” Doesn’t your soul exhale when you read that statement? Mine sure does. Isn’t it a relief to know that we’re not only allowed but expected to feel stuck and absent at times? There’s such pressure to keep going and keep moving even when you feel like crawling into a hole that the habitual tendency is to try to ignore the depression and stuck times. Yet if we embrace Whyte’s compassionate words and treat ourselves with kindness we can accept the blah with greater ease.

So here we’ve just crossed over the line from darkness to light. (Or from light to darkness if you’re on the other side of the world.) We’ve come into direct contact with a profound change in the natural world. If you’re connected to nature and especially if you’re a Highly Sensitive Person, you will have registered this change in your bones and in your soul. You might not be aware of why you’ve sunk into a low pit and may have attributed it to other factors (the holidays, family issues, etc). And while those other factors can certainly trigger a depression, the type I’m referring to is caused by coming into direct contact with the change of time and fractions of light determined by the Earth’s rotation. A profound change has occurred. It occurs every six months and the more we can name it and honor it, the more we come into alignment with the natural forces of life. We stop fighting the depression and instead embrace it with the neutrality of understanding and acceptance.

Then, with acceptance, wrap yourself in the velvet cloak of darkness. Sit outside or curl up in bed and sink into the nothingness. And with the shroud of judgement removed, watch as the small gold flecks of wisdom rise easily to the surface. The wisdom is always there, just waiting for your compassionate attention before it reveals itself.

And if you’re in the Southern Hemisphere, read my blog post on the Summer Solstice. : )