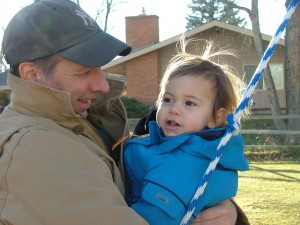 Eventually, gratefully, I found my way to the couch of a brilliant psychotherapist. He was the first to say things like, “You’re a victim to your feelings. They rule your life.” Huh? Of course I listened to my feelings. They had been my guideposts my entire life, the clues by which I made my decisions. It took me months to assimilate the concept that feelings are just feelings and not necessarily the truth. This isn’t to say that we shouldn’t listen to our feelings and attend to them daily (if not hourly). But I had not comprehended the difference between feelings that were created by my thoughts which then created massive amounts of anxiety and feelings that were a response to the natural rhythm of life.