There’s Something Broken But It’s Not You 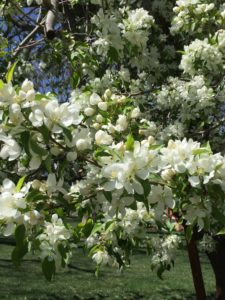 I spend a lot of time thinking about our culture, and it’s a topic I bring up almost every week in my blog and courses in some form. Lately, I’ve been thinking about how terribly sad and actually tragic it is that culture should support its members into becoming more of who they are, but we, in Western culture, suffer under a mainstream mindset that undermines the realization of our full development.

For us, culture is a force we have to fight against instead of a net into which we can lean. No wonder so many people suffer from anxiety, depression, insomnia, intrusive thoughts, and addictions. Humans are not meant to figure out life alone, and we’re certainly not meant to have to break through the myths and unrealistic expectations we’ve been fed from a young age simply to have healthy relationships and make loving choices for ourselves.

It might sound reductionistic, but a great deal of what motivates our culture is greed. Simply said, we’re sold on consumerism from an early age, sending the message that happiness can be attained through the right clothes, makeup, jewelry, car, etc. Our culture – which largely means the media – isn’t interested in growing healthy humans as much as it’s interested in growing corporate bank accounts, and the way it does this is by inundating you with the message that you’re not enough.

You’ve received thousands of messages through the media designed to make you believe that you’re not enough so that you will buy something that will make you feel better about yourself. You don’t have the right clothes, partner, hair, skin, body, amount of money, house, car, friends, family, lifestyle, life choices. Everything about you is wrong, and if not everything, then several things.

This is a very, very sick message.

Deep down some part of you knows that “things” don’t bring happiness, but those old messages are etched deeply into the formative pathways of psyche, grabbing young people fresh out the shoot and intentionally creating a society informed by longing for an unattainable ideal. Keep selling, keep buying, keep climbing, keep seeking and maybe one day you’ll arrive at that golden palace of happiness.

The Search for Perfection is Big Business

To bring this down to a specific industry, when I first starting researching the wedding transition twenty years ago it became immediately clear that selling brides on an expectation of perfection is much more lucrative than guiding them through the underbelly of the engagement so that they can arrive at their wedding day feeling clear and present. The pursuit of perfection is more profitable than the pursuit of consciousness because if you believe that perfection can be attained by buying the “right” dress, flowers, venue, food, et cetera ad nauseam  you will keep spending and spending toward this aim. The wedding industry is a $55 billion dollar industry. It’s big business.

Consciousness is not big business. Teaching people that fear, grief, and loneliness are natural, expected, and essential aspects of a transition where you’re letting go of an entire identity and lifestyle before you leap over a cavernous threshold with only your faith as a parachute simply doesn’t sell. Yet this is exactly what the culture should be teaching. Where are the structures and elders that could help us navigate life’s most difficult crossings? Where are our time-honored rituals that help us make these treacherous leaps? They’ve been erased by a consumerist, capitalist mindset. And, as a result, we all suffer.

We know there’s something wrong. Humans are animals and our souls – the part of us that is connected to our very wise unconscious bodily realm – know that the way we’re being raised is broken, which is why so many people suffer. The rampant symptoms of anxiety are symptomatic of a culture that not only doesn’t help you grow but is working against you.

Is There Any Hope?

As depressing as all of this might sound, there is tremendous hope! I don’t believe that any of this is an accident. Rather, in some mysterious way that we can’t quite understand this is all in service of the evolution of consciousness for the human race. Just like the propensity toward distraction is an invitation to grow presence, so the grossly vulgar and overt focus on externals and consumption is pushing a new mindset to the surface, one based on simplicity and sustainability. The old ways have to die in order for a new paradigm to be born, and we are witnessing the dying of the old ways.

Sadly, every human alive today is caught in the cross-fire of this transition, and we’re seeing the suffering that arises from it. But we’re also witnessing what happens when we name and expose the lies that we’re fed, as many of you have experienced first-hand through your inner work. And a consciousness that arises through the exposing of a life carries a greater light than an unconscious awareness. It reminds of the psychological parable that Robert Johnson shares in his book Between Heaven and Earth:

Children come into the world with that sense of celebration and delight in the awesomeness of life. Then we eat of that wonderful, terrible fruit depicted in the story of the Garden of Eden, and our lives become divided. In childhood we have innocent wholeness, which then is transformed into informed separateness. If one is lucky, a second transformation occurs later in life, a transformation into informed wholeness. A proverb puts it this way: in life our task is to go from unconscious perfection to conscious imperfection and then to conscious perfection.

So perhaps in some strange, convoluted way our culture is helping us grow into higher versions of ourselves after all. By pushing against the dysfunction of the system, we are given an opportunity to shed the innocence of childhood and evolve through the conscious imperfection into conscious perfection. And this isn’t a linear, one-time event: we’re constantly cycling through innocent wholeness, struggle, and growth, following an upward spiral toward consciousness.

How Have You Grown Through the Pain?

Every week in my work I hear expressions of gratitude for the struggle: “I’m so glad I endured the hell of relationship anxiety because now I not only know what real love is but I’ve grown in ways I couldn’t even have imagined before I feel into darkness.” How have your tumbles into darkness helped you evolve your consciousness? It’s difficult – if not impossible – to see it in the moment of suffering, but when you look back across the course of your life, and especially in your recent struggles, how have you grown through the pain?