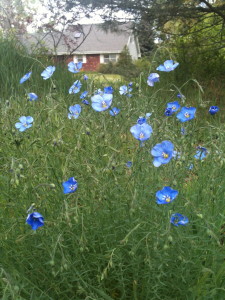 The mind is a fascinating, complicated, and mysterious place. Sadly, and often to the detriment of well-being, we learn virtually nothing about our inner world when we’re growing up: not in school, home, or even a religious institution. What becomes apparent later in life is that if you don’t understand your mind you become a complete victim to your thoughts, which then often creates a negative cascade of anxiety where you’re stuck on the spin-cycle of intrusive thoughts and prone to believing each thought that pierces consciousness.

I used to think that Eastern philosophy and practices like mindfulness and meditation were focused on eliminating all thoughts, or at the very least learning how to allow thoughts to pass by like clouds in a sky: to observe them but not get hooked by them. After reading Mindsight by Daniel Siegel I understand that a tool like mindfulness can be used to strengthen the mind muscle so that, while you’re observing the workings of your inner world, you develop greater capacity to choose which thoughts, feelings, or sensations you want to explore or follow and which you choose to allow to pass on by.

For example, you may have a creative thought while lying in bed that you want to follow. Perhaps the seed of a poem or the first line of story has just landed in the soil of psyche, and you choose to get up and write it down. This is a productive and positive thought, and certainly not one that you would need to brush away. On the other hand, you could be lying in bed and the thought pops into your head, “What if I have cancer?” That’s obviously not a creative, positive, or productive thought and bears no other purpose other than to alert you that something may be off-kilter inside.

In other words, intrusive thoughts often point to needs – sometimes a simple, physical need like needing to get to sleep and sometimes a bigger, spiritual need like learning how to allow thoughts to pass on by or find more comfort with uncertainty. It may even point to a practical need like remembering to book your annual check-up. When you understand that there are types of thoughts – creative, spiritual, practical, intrusive, and fear-based – you have a starting place from which to work with the thoughts when they arise.

Yet most people who come my way believe that if you have a thought it must be true. They believe this because they haven’t been taught anywhere along the path of life that it could be otherwise. So when a fearful thought like, “What if I don’t love my partner?” or “What if I hurt my baby?” enters the mind, they believe it.

It’s important to understand that there are also nuances of thought, which means that perhaps there is some truth but it may not be entirely true, as I wrote about in my blog post entitled, “What if I’m only with my partner because…?” Once you’ve developed a stronger mind muscle that allow you to discern your thoughts and choose which to follow and which to allow to pass on by you’ll be able to respond to partially-true thoughts with more inner strength.

The bottom line is: just because you think it doesn’t mean it’s true. So when you bolt awake with the thought, “I don’t love my partner,” that doesn’t mean that you don’t. Or thinking, “What if I hurt my baby?” doesn’t mean that you will. What has been scientifically proven, in fact, is that people who have intrusive thoughts like, “What if I hurt my baby?” of “What if I’m a pedophile?” are among the most thoughtful, sensitive, kind, open, caring people on the planet; in other words, they’re probably incapable of executing any of the fear-based what-if thoughts that plague their mind.

The reality – the truth we’re not taught somewhere along the way – is that we have thoughts all day long that are bizarre, dark, weird, and untrue. I’ll never forget the day my older son approached me in the yard and whispered to me, “Mommy,  I just had a bad thought about Asher [his little brother].” I asked what it was and he said he thought he wanted something bad to happen to him. I could see the absolute horror in his face that he could think such a thought and I said, “Sweetheart, we all have thoughts like that. I’m sure every big brother on the planet has had that thought about his little brother. It doesn’t mean you really want that to happen. It’s just a thought.”

Sometimes a deeper truth is encased in a dark thought. My son was probably expressing his jealousy of his little brother and it came out as a desire to inflict pain. As parents, we need to make room for these darker thoughts without assigning meaning to them (ie, my son is a terrible person for thinking such things) so that the more vulnerable feelings can be revealed. The dark thought in this case is a cover-up for the vulnerable feeling, and we need to be able to guide our children toward those feelings so that they can be attended to at the core. In other words, if I can help my son say, “I’m feeling jealous of Asher,” the dark thoughts will dissipate.

But sometimes we just have random, senseless, meaningless thoughts parade through our brains. If you know that, you can more easily assess which thoughts you can brush away and which you can explore at a deeper level. But the work begins with making room for all of the thoughts, for welcoming them in without judgment or fear, and from the vantage point of a clear and anchored Self, discerning which need more attention.