The Scariest Thing We Do 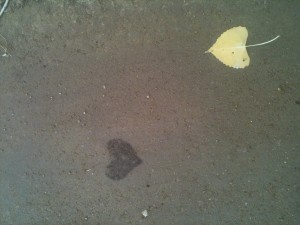 Every day that I work with clients struggling with relationship anxiety I find myself saying some version of, “Of course you’re scared. Loving is the scariest thing we do.” As I’ve written about several times on this blog, fear doesn’t always present as fear but instead shows up as irritation, annoyance, numbness, ambivalence, lack of attraction, and doubt. It’s a convoluted defense mechanism, the ego’s attempt to circumvent being left or rejected by convincing you that you don’t love or even like your partner anyway, but in the end these are all manifestations of fear.

A longtime client wrote to me a few weeks ago as she was struggling with her marriage and needed support. She worried that her husband had changed and that she didn’t like the changes, and or that she was changing as well and perhaps they were growing apart. As I know her and her marriage quite well I was able to give a dose of reassurance that their marriage is fundamentally solid, but I did have a few things to say about this fear of changing.

This is how I responded:

Here’s the truth that most people can’t and don’t understand until years into marriage: We DO change in marriage. Both partners change. We find our voice and lose our voice and find it again and grow into different aspects of ourselves. Marriage is such a scary endeavor, and I think on some level, unconsciously, we know this going in and that’s part of the intrinsic fear that people have during the engagement. We know that this is the scariest thing we do as humans because we’re changeable and life comes in and transitions happen that inspire growth and knock people off center, and when one person grows or is stuck it’s just so scary for the other person. However you slice it it’s scary and unpredictable! So in some ways he’s not the person you married. And you’re not the person he married. That’s okay as long as we know it’s okay.

I often say that we heal in layers and spirals, and this applies to marriage as well. Decades into marriage you will be unraveling stories and patterns that the two of you brought with you into the marriage and spent the first many years unconsciously raveling around each other. If you’re on a path of awakening, you’ll understand at deeper and deeper levels how your original relationships with your parents and early pain effect your marriage. You’ll continually shed light on the ways in which you shut down and close off. You’ll become more and more familiar with your and your partner’s defenses. For me, this is one of the great blessings of marriage: it’s an opportunity to see shadow projected and mirrored in a way that we don’t see in quite the same way in other relationships. But I freely admit that during those moments when it feels like your marriage is slipping into a giant chasm that just opened up in the center of your house it sure doesn’t feel like a blessing. It feels like the scariest thing in the world.

So we strap on the headlight of curiosity and discover the hidden runes of fear that are etched into the cave walls of our souls. We learn fear’s ways and, in doing so, are able to name it more quickly. We learn to understand that every time we move toward love, fear comes in with a grenade of reasons why we’re making a mistake. Our fear-mind simply cannot tolerate that we’re actually going to risk our heart in this crazy, irrational thing we do called loving another human being!

For many people, this conscious tango with fear begins when they’re hit with relationship anxiety: when they’re jolted awake in the middle of the night with a hand around their throat and their basic ability to function is stolen by Hades. And I say “conscious tango” because the truth is that, for most of you, fear has been at the helm for most of your life. As a child you suffered from separation anxiety. As a teenager you struggled with social anxiety or test anxiety. Intrusive thoughts may have also hit early on; What if my parents die? What if I’m gay? What if I have cancer? are the most common ones to afflict children and teenagers. But when the fear manifests as relationship anxiety the stakes are so high that it initiates the process of making fear conscious. Once it becomes conscious, we can work with it, learn about it, and ultimately learn how not to allow it to control our lives.