Call the Witch by Its True Name 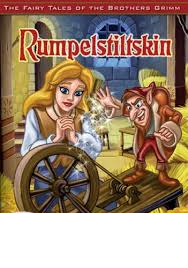 My favorite fairy tale when I was a child was Rumpelstiltskin, the story of a girl who makes a bargain with an imp-like creature in exchange for saving her life from being executed by the king. First she gives the imp a necklace, then a ring, then promises her firstborn child. But when her child arrives, she begs the imp to let her keep it. He says he will if she can guess his name. In deep distress, she wanders into the forest and stumbles upon the creature, who is hopping around the fire singing, “Tomorrow, tomorrow, tomorrow, I’ll go to the king’s house, nobody knows my name, I’m called ‘Rumpelstiltskin.'” When the imp arrives at the kingdom to claim the baby, the girl (now married to the king), says, “Your name is Rumpelstiltskin.” The imp is enraged, but the deal is broken and he has no choice but to run away.

It’s a common theme in myths and fairy tales that the main character often has to call the witch or demon by its true name in order to break the spell. As myths and fairy tales are representations of our psyches, much like a dream, it makes sense that this same principle would apply to the “witches” and “demons” that roam around and wreak havoc on our inner worlds: when we can call them out, they melt, wither, and eventually vanish. And how interesting that I was drawn to this tale as a young girl when my work now revolves around teaching people how to call fear by its various names, thereby diminishing its power and ultimately causing it to run off into the woods!

This principle shows itself daily in my work with clients. A couple of weeks ago I was working with a young woman who is in the midst of planning her wedding while enduring the heart-wrenching pain of severing ties with several toxic family members*. She had emailed me in a panic the day before our session to tell me that she had been having frequent panic attacks, something that hadn’t occurred in a long time. When we spoke she said, “I’ve been feeling crazy lately. I’m waking up sweating and finding myself ruminating about one situation after another. After the spell breaks, I can see that I was panicking about a random thing, but in the moment it feels so real.”

After she shared some of her mind’s choice topics for ruminating, we named the ego’s first tactic: “Story Jumping.” This is when ego hops from topic to topic – much like the imp hopping around the fire – as it tries to convince you that the story of the day needs your undivided attention. If you bite the hook, you will spend the next X amount of hours or days or weeks obsessing about said story until it breaks open. Then you’re off to the next story. Once the first story breaks open you can clearly see that it wasn’t worth obsessing over, but when you’re in the midst of it, it feels 100% real, true, and believable.

Why does the ego story jump? Because it’s trying to protect you from the vulnerable feelings that live inside the story. And if it presents a story that contains a shred of truth it can hook you and lead you to the edge of the pond where you will ruminate and ruminate, trying to solve the puzzle. And the more your mind hooks in, the more catastrophic it becomes (in your mind), and the more your ego has successfully achieved its mission: to draw you away from the pain.

The achilles heel for both client and therapist is to spend any time at the level of the story. To appease the ego and bypass its resistance, I’ll often say something like, “We can talk about the actual situation in a bit, but for now I’m more curious about what’s inside the story. What grief are you avoiding?”

When I said that to my client, she visibly exhaled, and ego, having been called by its true name, stepped aside. She said, “The grief about my family. It’s just so painful.” Then she cried. And the stories, all of them, like the imp in fairy tale, gathered together and ran off into the forest. At least for the moment.

We backtracked then and I asked her when she could remember stuffing her pain. She said it started around Christmas and her birthday when she could feel the intense grief about not being in contact with her family but, as she said, “I didn’t want to spend my birthday or Christmas crying.” This is the second ego tactic: “Don’t be a downer, especially on birthdays and holidays.” It’s another lie that we must call by its real name, for the truth is that when we let ourselves cry for 15-20 minutes, we clear the space in the heart to experience and be present for the rest of the day.

Which leads to ego tactic number three: “The grief/pain is too much. I can’t handle it.” Most people fall prey to this ego tactic as it stems from a child self who, in a young body without big arms to hold her, really couldn’t handle the intensity of the feelings. The only way we debunk this historic and limiting belief is by finding the courage and taking the risk to stand in the feelings.

Another client that same day shared her ego-resistance experience of avoiding feeling the grief about the one year anniversary of her father’s death*. Ego said, “You should be over this by now.” And then she had a dream where she was being claimed by a wave, allowing it to crash over her and knowing that she wouldn’t be washed out to sea. As water in dreams often represents emotions, we both understood the dream as a very positive and direct message from her unconscious letting her know that she absolutely could handle the big feelings of grief and wouldn’t be pummeled by them. She went to the ocean on the anniversary date and allowed herself to cry. She said of the grief itself, “When you’re standing up alongside it, you see how beautiful it really it. There’s release in it. It’s like, Oh, there you are.”

We spend so much mental energy trying to avoid this painful and beautiful place, the rawness and vulnerability of being stripped down and broken open. It scares us because we haven’t seen it modeled. It scares us because of our early experiences trying to handle the tidal waves of feelings coursing through tiny bodies alone. It’s scares us because we live in a culture that discourages its expression and transmits the message of, “Get over it. Grow a thicker skin. Don’t be so sensitive.” It certainty is risky to be vulnerable, to allow the soft heart to express itself without defense or barrier. There is no doubt that it’s safer to travel into the head-space of story. But here’s the ultimate calling ego by its true name and exposing its lies: This tactic doesn’t work. There is no true safety in the realm of ruminating and obsessing. And when we stop resisting what is, the world breaks open.

When I ended the session with my client I said, “Happy grieving,” because for me there is joy in the expression of unencumbered grief. We both smiled. About a week later she emailed me the following:

I just can’t believe how much sadness and loss I feel, and how alluring the pull is to “just look up one more makeup artist/venue/photographer”. I’m so not the type to care about those things, and I know they’re just a distraction because my grief is so big. It honestly just keeps coming crashing down on me in seemingly never ending layers. I’ve even noticed some relationship anxiety coming back around my fiancé. It’s just a constant call for consciousness and to sit in the grief instead of letting my head take me away. It’s soooo hard but I know there’s no other way!

There is no other way. And in her deepest cells, beyond the magnetic pull toward the distractions, she knows what she has to do.