A Root of Anxiety 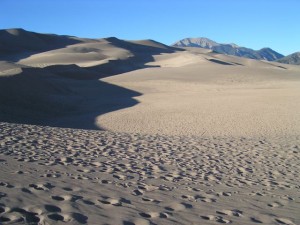 One of the spokes of the relationship anxiety wheel – or any type of anxiety, for that matter – is the question of where were we hurt. Psychology has done an excellent job of attributing the majority of this hurt to our primary caregivers (usually parents), but it’s not that simple. In my work with clients, I see over and over again that one of the major sources of pain and often the moment when we stop liking ourselves happens at the hands of our peers. I’m talking about overt bullying, yes, but also much more subtle and often overlooked forms of social pain that include ridicule, criticism, and attack on physical and character features and learning styles/challenges. Even one moment of this kind of ridicule can lead to a shattering of self-esteem.

Thankfully, bullying has received a lot more attention these days than ever before. When I was growing up, I rarely heard the word bullying, and it was certainly never a topic discussed at school assemblies. We’re now more culturally aware of the insidious and rampant effects that bullying can have on young people and we know that, tragically, it can even lead to suicide. But what we hear less about are the micro-moments and behind-the-scenes attacks that can come from so-called friends, a single moment when someone who you trusted turns against you in some way. For a heartier personality type, a moment of being made fun of may easily roll of their back, but if you’re highly sensitive, those small comments dig in like weeds with spiny roots, spreading underground in a way that makes them difficult to pull out.

Alain De Botton says it well in The Course of Love: A Novel as he’s describing what the main characters’ young son is like:

“He’s not worried about seeming abnormal, for there is as yet, blessedly, no such category in his imagination. His emotions remain unguarded. He is not afraid – for now – of humiliation. He doesn’t know about notions of respectability, cleverness, or manliness, those catastrophic inhibitors of talent and spirit. His early childhood is like a laboratory of what humanity in general might be like if there were no such thing as ridicule.”

What might humanity be like if there were no such thing as ridicule? What an amazing question. What would you be like if you hadn’t been ridiculed, if those categories and notions of “normal” and “manliness”, of “popularity” and “cool” never pierced, then deflated, your imagination? When we’re conditioned to try to be “normal”, we easily lose sight of who we are. And when parents and teachers attempt to squeeze kids into the societally and socially prescribed box of normal, they, too, contribute to the crushing loss of spirit that often begins in the school-age years.

As we do our healing work, it becomes essential to identify and uproot those micro-moments as best we can. We can start by making a list of each of them, allowing the watery realm of the unconscious to reveal more than we remember as we consciously open the door to those memories. It can be healing to tell those stories in a journal, in therapy, to our partner, or to a close friend  – allowing ourselves to sink back into the pain and instead of brushing it away or squashing it down, as we had to do at the time to get through, we invite it to surface. We welcome the pain and watch as it roils up like waves. We validate that yes, that was unkind and yes, that hurt and yes, it affected me in ways that I’m only now allowing myself to see.

I remember the moment a “friend” in my gymnastics class made fun of my ears. Another girl latched on (because that’s what girls tend to do), and every so often they would both make fun of my ears. I was eight years old. I hated my ears throughout the rest of my adolescence. I remember when a “friend” in seventh grade made fun of my first and last name and turned it into a sing-song version of a physical disability. I put the word “friend” in quotations because I don’t believe that true friends say things that carry a bite or a sting, or if they do say something insensitive there’s room in the friendship to talk about it. I experienced many more incidences socially that caused more crushing pain, of course, but it’s these smaller incidences that also need attention because they’re societally invalidated and so are more easily squashed down and labeled as meaningless.

As we get older, it’s no wonder that we find it difficult to trust our partners, our co-workers, and even our friends. If the scroll of “friend” that lives in the unconscious contains paragraphs or pages of writing that documents the stories of our pain – pain that we were told to “get over” because “can’t you take a joke” – we will almost inevitably project that pain onto current, trustworthy, intimate people. The script says, “People aren’t to be trusted,” which translates to an easy projection of assuming that when your partner says something insensitive, he or she is doing so with the intent to hurt. This is why unflinchingly committing to our healing work is so essential to the unfolding of healthy adult relationships: the more aware we become of our root causes of anxiety and pain, the more easily we’re able to see it, name it, and reel back in the projection. Every time we say, “The story I’m telling myself is…” or “I’m sorry it’s not you” we step onto that most essential train of responsibility, which is the singlemost important step we can take in our healing journey.