In Bed With Fear 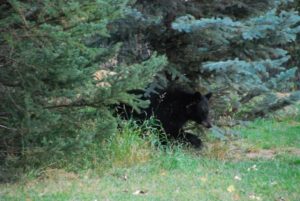 We hear a lot about the power of fear these days, and the way we culturally/psychologically talk about it speaks to our beliefs that there are forces “out there” that are dark or evil that we need to overpower. In the early days of my work, I also spoke of fear in these terms, but over the years I’ve softened my perspective and have come to see fear as an inner bully that doesn’t need our aggression as much as our loving attention. When fear takes over, especially in the form of debilitating anxiety, it’s easy to feel like fear is the aggressor and you’re the victim. The truth (as I see it) is that “bully and victim” are two sides of the same coin, characters that are co-creating a dance that stems from pain and, when met with force, leads to more pain.

What happens when, instead of meeting the “inner bully” with disdain and judgment, we meet this scared part of us with acceptance and love? What happens when we remember that inside every bully lives a scared child acting out and trying to gain power, control, and safety in the only way it knows how? It’s somewhat of a mystery what transforms aggression and even violence into peace, but we have some sense that the most powerful alchemical transformations arise not from force but from acceptance and love. This seems to be as true on the inner level, when working with the fear-characters that populate our inner landscape, as it is on the outer level.

The first step of breaking free from intrusive thoughts is acceptance. When we push the thought away (deny) or meet it with disdain (judgement), the thought burrows in more deeply. But when we say, “Oh, there’s that intrusive thought again. I wonder what message it’s bearing?” we shift into a mindset lit by acceptance and curiosity and the hardened walls around the fear start to soften. Then the neural pathways fire in a new direction and we can almost feel, with enough practice, new pathways in our brains being created.

In order to respond to fear without hooking into its field you need to have a part of you that can remain grounded and clear when fear pipes up. I refer to this part as the loving parent, inner parent, or inner Wise Woman/Man, and, despite what it may feel like when fear grabs you by the ankles and pulls you into its underworld, everybody has this part of themselves. Like all skills, the more you practice it by accessing it, the stronger it gets. And, by contrast, the most you self-abandon by joining hands with fear instead of lovingly challenging it, the stronger the fear-voice becomes.

Here’s the example I often give of what it means either to take loving care or self-abandon when fear takes hold:

Imagine that you have a child who’s scared that there’s a monster in her closet. She calls to you in the middle of the night, “Mommy! Daddy! Come quick! There’s a monster in my closet!” Loving parent that you are, you dash down the hall and burst into the room. Here comes your choice-point.

You say to your child, “Oh, my love, you’re scared of the dark and your mind is making up stories. Come, let’s turn on the light and open the closet doors so that you can see there’s nothing inside.” The next morning, in the light of day, you recognize that the fear of the monster is the proxy for an internal fear that your child is struggling with. You carve out some dedicated, quiet time so that your child can share what’s in her heart. It’s not about the monster in the closet, of course. It’s about her fear about fitting in at school or her belief that she’s not as smart as her older sister or her uncertainty about life and the big question of death (highly sensitive children start pondering death at a very early age). Together, you shine the light on the fear and expose its true message.

You burst into the room and scream, “OH MY GOD YOU’RE RIGHT THERE’S A MONSTER IN THE CLOSET!” You join completely with your child’s fear and amplify it with your own panic.

You’ve just gotten into bed with fear. Where is the parent? She’s nowhere to be found. Instead you will find two kids shaking in bed with nobody to comfort them.

It’s a somewhat humorous example because we know that no rational parent would ever do such a thing. We don’t jump into bed with this specific fear because we know, as adults, that monsters don’t actually exist. It’s easy to comfort a child over an “irrational” fear.

Every time you believe the intrusive thoughts, you abandon yourself and fall into the tarpit of anxiety. Every time you latch onto a thought-story and dig your claws in even deeper, you send yourself the message that there’s no adult at the helm of your ship.

When it comes to anxiety, the challenge arises when you deeply believe that the story is true: that your partner really isn’t social enough or intellectual enough or funny enough or smart enough or safe enough; that you really are a mass murderer or a pedophile or the opposite sexual orientation than you’ve always thought you were. When you believe the intrusive thought, you fuse with the fear and there’s no place to go but down the rabbit hole of anxiety (like the parent getting into bed with their scared child). On the other hand. when you challenge the thought and connect to a wise, truthful part of you, you can comfort the scared child and then ask some of the most penetrating questions we can ask ourselves, “What is this thought protecting me from feeling? What is needed right now?”

I’ll end with a story that shows the power of meeting aggression with acceptance. It comes from Charles Eisenstein’s book, “The More Beautiful World We Know Is Possible“:

My friend Cynthia Jurs met Christian Bethelson while she was doing peace work in Liberia, which had suffered a horrendous civil war in the 1990s. A rebel leader known by the non de guerre of General Leopard, Bethelson was infamous in a milieu of massacre, child soldiery, and torture. If any human being is evil, it would have been him; he was, in his words, a man with “no conscience.” Eventually the war ended, and with it Bethelson’s livelihood: he had no skill other than killing. He decided to go the nearest war, in Ivory Coast, where there might be demand for his gruesome services. On the way his car got stuck in the mud. Who would have guessed that another car would be stuck in the mud on the same stretch of road at the same time, and that the car would be bearing members of a peace group called the Everyday Gandhis? Intrigued by their conversation, he announced himself as a former rebel general. He thought they would vilify him, maybe even beat him, but to his astonishment the group gathered around him, hugged him, told him they loved him. He decided to join them and dedicate his life to peace.

This story illustrates one of the basic truths that I often write about: love is stronger than fear. We can’t measure this. We can’t quantify it. We can’t prove it. We can’t even predict it. But we know it when we see and we alight in inspiration when we feel it. This is what our world needs more of, and it begins with each and every one of us unraveling fear’s barricades until the heart of beauty that lives at the center is illuminated.