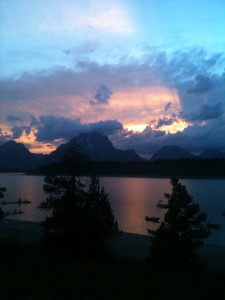 *Note: If you’re past your twenties, I invite you to share your thoughts and insights in the comments section about what helped you get through that decade, what you learned, and what wisdom you can import to those still struggling through that difficult decade.

“Recently, I met a women in her early twenties who was deeply depressed. Looking at her, I saw myself fifteen or twenty years ago. I recognized every desperate feeling, every horrified thought. I asked her why she felt so sad. She told me she felt misunderstood by her father, who didn’t’ want to pay for her therapy or for her to move to another city. She said she was trying to make her way through the world but kept falling down. She couldn’t stay with any career for very long; she felt fat; she felt inadequate; she felt embarrassed and kept thinking that other people were laughing at her.
“The reality, in this instance, is that of an exquisitely beautiful young woman, as fat as the Pope is Jewish and as lacking in brains as Susan Sontag. Here is a girl who doesn’t know how to find her glory.

Many of you have been asking me to write a post about one’s twenties. It’s a topic that is close to my soul on many levels. For one, I wrote constantly about surviving my twenties when I was in my twenties as I was trying desperately to make sense of the inner tumult. Secondly, it’s one of our most important transitions in that it’s the foundational stone upon which our later transitions rest. And lastly, a significant portion of my audience is in their twenties and I know that much of your anxiety and doubt come simply and solely from the fact that you’re in one of our most challenging decades as humans. When I sense that the twenties are in the foreground one of the first questions I ask someone when we begin a coaching session is, “How old are you?” I’m never surprised when I hear that they’re in their twenties.

As Marianne Williamson writes above, the twenties are the time when the maiden turns into a woman. It’s also the time when the boy turns a man. In essence, this is the decade when we’re asked to become an adult. The problem is that we have no training on what that means! What does it mean exactly to “grow up”? We’re not guided along these pathways by wise elders. We’re not offered rituals that would help us cross these treacherous thresholds. We’re thrust into this decade perhaps with a college degree (which is sometimes useless) but without the emotional, cognitive, or spiritual tools that would help us grow into the next version of ourselves.

Here’s an article I wrote at the end of my twenties about the decade:

Surviving our Twenties: The myth of being an adult

“I found my twenties to be very difficult,” says Lisa Kudrow in an interview with the Sunday Chronicle. “You have all this information on your side, but you don’t have the experience to judge it. I had been crying for two weeks, every day, so I started seeing a therapist.”

The twenties can be one of the most challenging transitions in life. Part of what adds to the challenge is that we are conditioned to believe that once we reach the ripe age of twenty-one, we are supposed to know how to function in the world as fully capable adults. Nothing could be further from the truth. We tend to think of turning thirteen as the age that marks the passage into adulthood, but the reality is that the process of becoming an adult actually begins in the early twenties and continues in stages for the rest of our lives.

What does it mean to be an adult? Adulthood is most simply defined as being a fully responsible human being, one that has learned how to take good care of one’s emotional, physical, and spiritual self. Clearly this is a monumental task, one that cannot be completed in a single decade. Yet we are thrown into our twenties with the expectation of being able to achieve this task, and when we struggle with it, we feel that we’re failing.

Our culture tends to regard adolescence as the time when humans wrestle with the questions of “Who am I?” and “What is my place in the world?”. Perhaps in the past, when people were expected to reach maturity, marry, and be an independent person by the age of eighteen, this time-line of self-growth made sense. But now, with the age of marriage and financial independence becoming increasingly delayed, it is in our twenties when we are handed the task of figuring out who we are–our identity–and what we want to do with our lives–our purpose.

As with any rite of passage–adolescence, adulthood, marriage, the birth of a child, old age–there is a letting go and a rebirth as we release the old identity and welcome in the new way of life. As we move through our twenties it’s helpful to keep in mind not only the fact that these are difficult years as we attempt to find our place in the world, but also that we are finally releasing our last attachments to childhood. If we can hold the awareness that it is completely normal to grieve and struggle, the transition into adulthood will be more fluid.

So here we have the framework for what the twenties are meant to be about. It’s not about rising to the top of your field or getting married and having babies. It certainly can be about those things but the milestones or achievements aren’t what define being an adult. It’s about learning how to take loving care of yourself in all realms, which ultimately means taking full responsibility instead of holding onto the child’s view that someone else is supposed to do it for you.

Another critical aspect of becoming an adult is individuating from one’s parents. This doesn’t mean losing connection with them as much as it means taking them off the inevitable pedestal that every child places their parents on and seeing them as the fallible humans that they are. Until we remove the veils of illusion that shroud our parents we can’t become adults in our own right. We can’t make our own solid decisions and learn to turn to ourselves as our most reliable source of wisdom and comfort if we still see our parents as gods. This quote from May Sarton’s A Reckoning struck me when I was in my twenties:

“You are kinder to Mamma than I am, I wonder why.”
“I think of her as Sybille, not as Mamma. I think of her as herself, as she was when we were young–not now, of course. Maybe growing up is being able to think of one’s parents as people in their own right.”  p. 118

And later in the book she writes:

Daphne gave her sister a frightened look.
“Since I’ve known that I haven’t long to live, it’s strange, but I think I’ve come to understand better what it’s all about, why we’re here on earth.”
“Lucky woman!”
“Isn’t it simply to grow, to become more human–not achievement, not fame, nothing like that–and Daphne, you are such a great human being. You’re such a loving, warm person, and you had to break down a lot of walls to become that. I think you’re splendid,” Laura said.
“A splendid failure,” Daphne answered, but she looked shy, confused, exactly as she had as a child when someone praised her. “I guess it takes a long time to grow up.”
“Yes, and in a queer way Sybille never did. Because growing up means being able to look at oneself, and to understand oneself. She never did–and that, in the end… is what made Sybille so destructive.”

It often happens when you’re on a path of inner healing work that you surpass your parents in terms of emotional growth. Quite often I’ll hear my clients say, “I feel like I’m older or wiser than my parents in some way.” As the character shares in this quote, to grow up means to look at oneself, and that’s something many parents never do.

There’s so much more to say about the decade of the tumultuous twenties but hopefully this has given you some context that can help you anchor when you feel like you’re lost at sea. And if you’re here, reading these words in your twenties, I consider you one of the lucky ones. Whatever it was that brought you to my site –  relationship anxiety, moving, getting married, becoming a parent, or anything else – was the gift that hopefully has initiated you onto the path of self-discovery, self-love, and healing that will launch you into true adulthood, a stage that many people, regardless of age, never reach.

P.S.: If you’re struggling with the relationship anxiety spike, “What if I’m too  young?” please see this post.